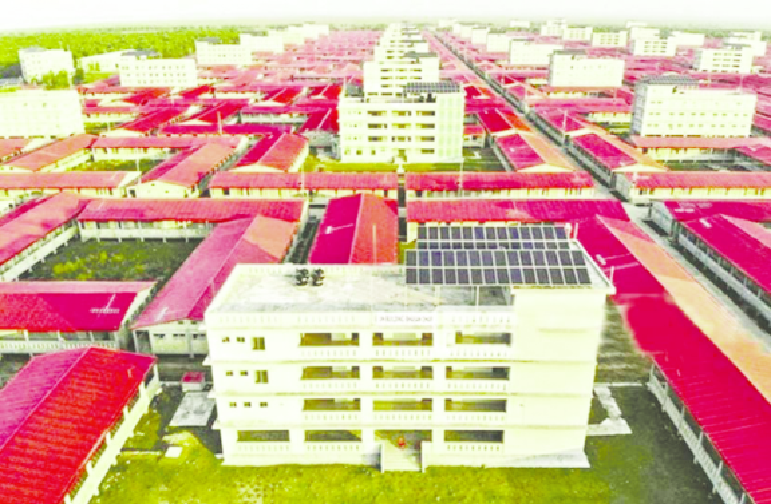 Shahnaz Begum of DOT
[2] Disaster Management and Relief Secretary Md Mohsin said the relocation of Rohingyas to Noakhali’s Hatiya Bhasan Char will start again. Yesterday, he made the remarks after a meeting to discuss the relocation of Rohingyas to Bhasan Char, reports Jagonews24, Barta24. [3] The secretary said a place has been allotted for the Rohingyas in Cox’s Bazar in Bhasan Char due to the crisis. However, our main objective is to restore quality in their country, the UN is working towards that goal.

[4] Md. Mohsin said the target is to take one lakh Rohingyas to Bhasan Char. Hopefully by the end of September we will start taking Rohingyas again.
[5] The secretary said, Bhasan Char has become a barrack, a residence. There are 120 shelters. Warehouses have also been set up to store food. The entire island has also seen intense mangrove afforestation to protect against cyclones and storm surges. Bhasan Char can be used as a rescue hub of all islands in the Hatiya, Sandwip areas.