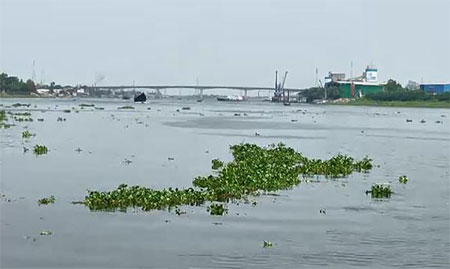 Imrul Hossain for DOT
[2] Bangladesh Nodi Bachao Andolon (Movement to protect rivers of Bangladesh) demanded determining the actual number of rivers and disclosing the list of the river polluters, reports Manab Zamin.
[3] The platform also demanded including China and Nepal into the Joint River Commission for ensuring fair share of water in the upstream.
The platform made the urge after issuing a media release yesterday.