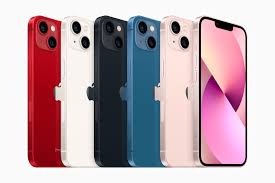 Startup Pakistan: [2] Apple has historically been one of the strongest brand in terms of the brand loyalty its receives from its customers. Now, a new data from analysts at Consumer Intelligence Research Partners has revealed that the company has managed to retain its high loyalty rate for iPhones.

[3] The report stated that 90 percent of all iPhone buyers remain with the Cupertino based giant’s smartphones. CIRP’s data reveals that the company account for nearly half of all smartphone sales in the US in the past three years. On the other hand, South Korea’s Samsung managed to capture just a little more than half of Android sales in the same region.

[4] The report added that Apple accounts for 43 percent of US smartphone sales while Samsung came in at 31 percent and LG at 9 percent in the last three years.
But in terms of loyalty, Apple dominated the market with the 90 percent of iPhone users remaining with the brand. Meanwhile, Android smartphone brands do not rank just as high, with customers shifting to other brands as moving in the Android ecosystem is easier.