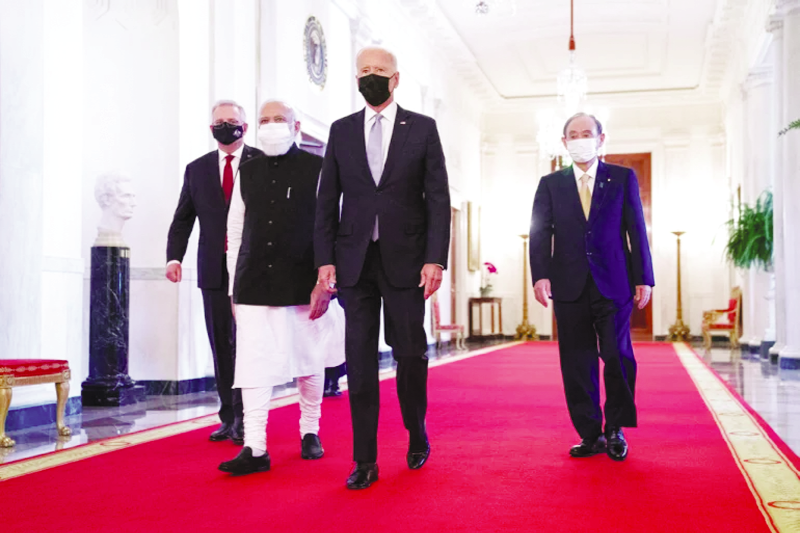 AlJazeera : [2] Leaders of the United States, Japan, India and Australia have pledged to pursue a free and open Indo-Pacific region “undaunted by coercion” at their first in-person summit, which presented a united front amid shared concerns about China.
[3] The two-hour meeting on Friday at the White House of the Quad, as the grouping of four major democracies is called, will be watched closely in Beijing, which criticised the group as “doomed to fail”.