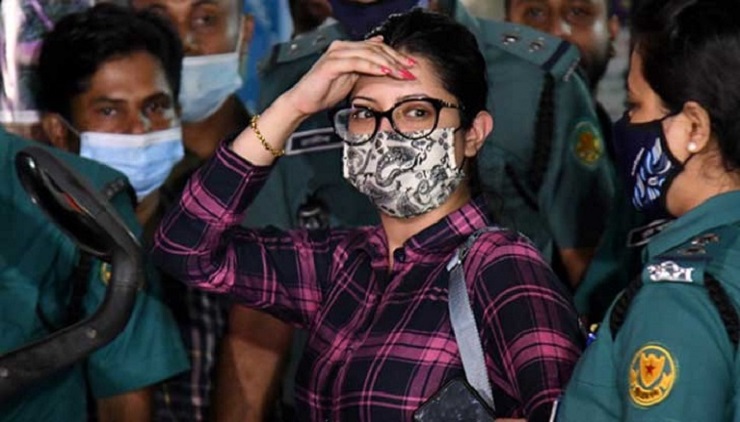 Shahnaz Begum of DOT
[2] Bangladesh Shilpi Samiti has suspended the membership of Chitranaika Parimani from Bangladesh Film Club due to her arrest in a drug and pornography case. Misha Saudagar, president of the association, announced the decision at a press conference yesterday afternoon, reports Dhakatimes24.com.

[3] Following the recent media buzz about a couple of actresses and models, the Film Artists Association joined an emergency meeting yesterday. During the meeting, the regulatory body of the film industry suspended the membership posts of the two actresses, reports risingbd.com.

[4] The association’s general secretary Jayed Khan said that the image of the whole artist industry faces trouble due to some artists. It is not acceptable. That’s why we called a meeting of the executive committee and decided to suspend the post of Eka and Pori Moni.

[5] At the press conference held at FDC, Misha said, “Our film and artist community is embarrassed by the incident of Pori moni. We do not condone any wrongdoing. The case against the Pori is ongoing. So we suspended the membership.

[6] Earlier, actor Pori Moni was arrested in a case filed by the Rapid Action Battalion under the Narcotics Control Act. Besides, actress Eka was arrested on Saturday afternoon on the charge of torturing her maid from her residence in the capital.