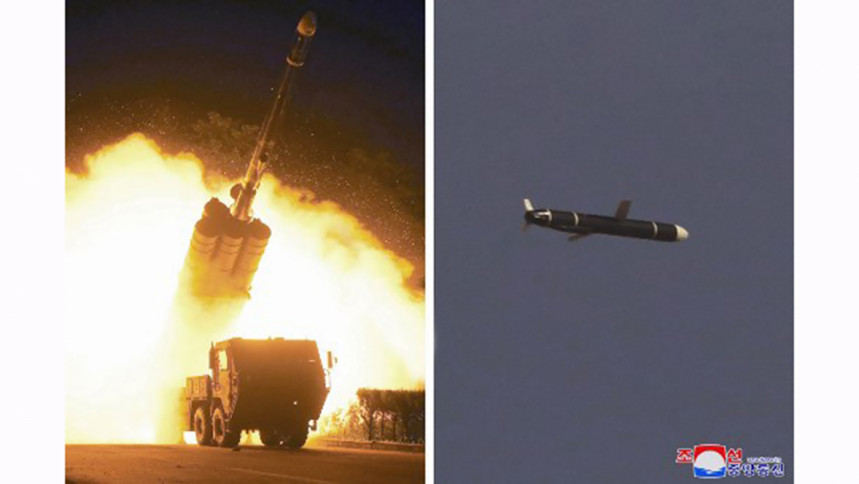 AFP: [2] North Korea test-fired a new “long-range cruise missile” over the weekend, state media reported Monday, with the United States saying the nuclear-armed country was threatening its neighbours and beyond.
[3] Pictures in the Rodong Sinmun newspaper showed a missile exiting one of five tubes on a launch vehicle in a ball of flame, and a missile in horizontal flight.

[4] Such a weapon would represent a marked advance in North Korea’s weapons technology, analysts said, better able to avoid defence systems to deliver a warhead across the South or Japan — both of them US allies.
[5] The test launches took place on Saturday and Sunday, the official Korean Central News Agency said.

The missiles travelled 1,500-kilometre (about 930 miles), two-hour flight paths — including figure-of-8 patterns — above North Korea and its territorial waters to hit their targets, according to KCNA.

Its report called the missile a “strategic weapon of great significance”, adding the tests were successful and it gave the country “another effective deterrence means” against “hostile forces”.

North Korea is under international sanctions for its nuclear weapons and ballistic missile programmes, which it says it needs to defend against a US invasion.

But Pyongyang is not banned from developing cruise missiles, which it has tested previously.