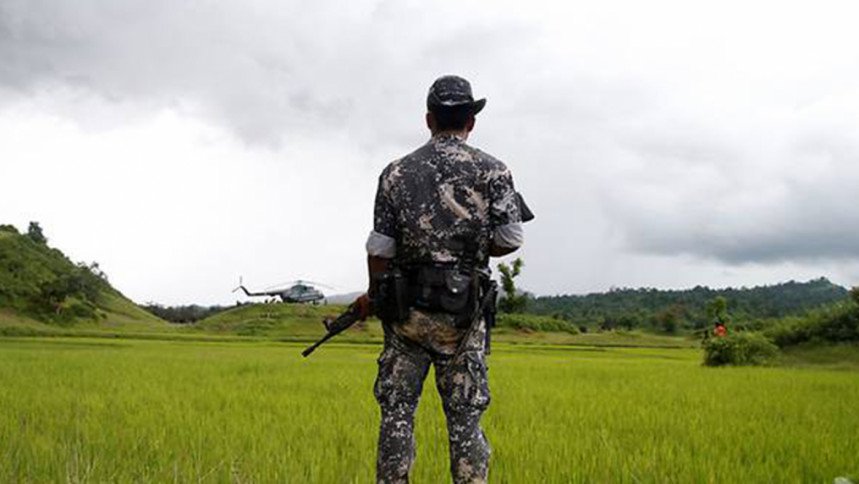 DOT Desk: [2] Myanmar junta has ordered all military personnel not to answer letters related to arrest warrants or summons from the International Criminal Court (ICC) or the Argentinian judiciary on the human rights violation of the Rohingyas and other communities in the country, according to Burmese Rohingya Organisation UK (BROUK), reports The Daily Star.

[3] The order signed on January 6 this year by a senior official of the Myanmar army, said that Myanmar still stands by its position that it is not a member of the ICC, so it does not need to abide by its ruling.

“Possibilities are that judges of ICC could decide that the evidence of the plaintiffs is sufficient to issue arrest warrant or summons,” said the order signed by Captain Aung Ko Zaw, according to BROUK’s statement issued yesterday. [4] The order also instructed that nobody must forward any messages from social media such as Viber, Messenger, Telegram to others; and if found, severe action will be taken according to the military regulations.

“All battalions are thus informed to seriously abide by and carry out the above-mentioned directive”, the order added.

BROUK in the statement today said that Myanmar has led a decade-long genocide against the Rohingya people. In August 2017, the Myanmar military and its proxies launched a vicious operation in Rakhine State, killing thousands of Rohingya and driving hundreds of thousands to flee into Bangladesh.

BROUK said it is outrageous that the Myanmar military is now desperately trying to cover the tracks of its genocidal crimes against the Rohingya.

“This leaked memo shows clearly how the Myanmar junta can never be trusted to cooperate with international justice mechanisms in good faith,” said Tun Khin, president of BROUK.

“This memo is, however, also a sign that the efforts to hold the junta to account for its atrocities are working. It shows that the international community must redouble all efforts to bring Min Aung Hlaing and his cronies to justice,” BROUK added.

Since seizing power in a coup on 1 February 2021, the Myanmar military has further driven Myanmar to the brink of ruin. The economy and public services have been decimated, while the junta has killed more than 1,400 people and arresting and tortured thousands of others, BROUK also said.

“The Myanmar military has terrorised all people in Myanmar for decades with impunity. The only way to break this horrific cycle of abuse is to ensure that those responsible are held to account,” said Tun Khin.

“This must also be a wake-up call to the international community to act. The UN Security Council must support a full referral of the situation in Myanmar to the ICC, while other countries should look to open universal jurisdiction cases like the one in Argentina,” he added.