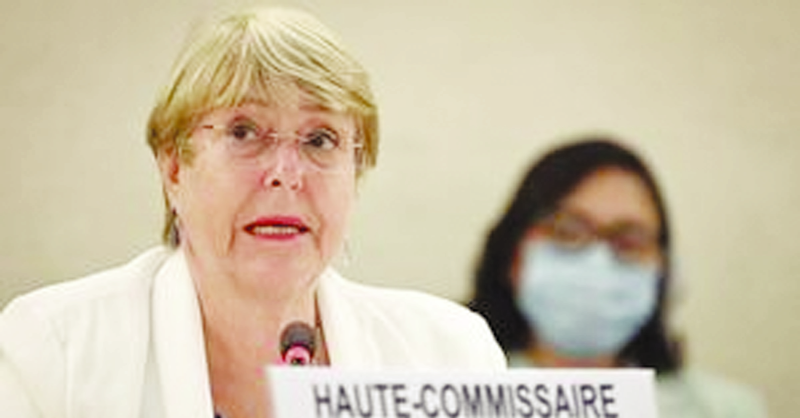 Wion : [2] Myanmar is facing the alarming prospect of an escalating civil war as an uprising against the military junta widens, the UN’s human rights chief warned .

[3] Michelle Bachelet told the United Nations Human Rights Council that time was running out for other countries to step up efforts to restore democracy and prevent a broader conflict. Myanmar has been in turmoil since Aung San Suu Kyi’s government was ousted by the military in February, sparking a nationwide uprising that the junta has tried to crush.

[4] Attacks on troops have increased since lawmakers ousted by the generals called for a “people’s defensive war” earlier this month. Faced with the “overwhelming repression of fundamental rights”, the armed resistance movement was growing.