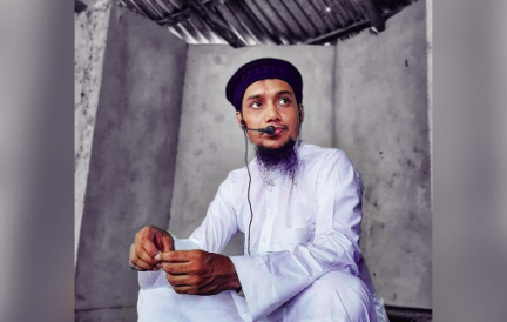 DOT Desk:[2] Six days after Islamic speaker Abu Twa-haa Muhammad Adnan reportedly went missing, his family approached the prime minister on Monday, seeking her intervention to help find him and rescue him, reports Dhaka tribune and UNB.[3] In a letter, Adnan’s wife Sabikun Nahar stated he went missing June 8, while on his way to Dhaka from Rangpur along with two associates.

[4] “He was last seen in Gabtoli. Also, the vehicle [Dhaka Metro Ga-334342] they were on board has remained without trace since then,” she mentioned in the letter.

The incident took place at a time when Adnan was locked in a dispute with another Muslim scholar over religious teachings and preaching.

His family tried to report him as missing to Darussalam and Pallabi police stations—but in vain, she claimed.

However, a general diary was finally registered with Kotwali police station under Rangpur Metropolitan Police (RPMP) on Friday, three days after the incident.

Adnan’s brother-in-law Md Jakaria, too, on Monday confirmed the development.

When contacted, Officer-in-Charge (OC) Abdur Rashid said the police would help search for him.

“He was last located in Elenga area of Tangail, which is not under our jurisdiction. But we’ll still help find Adnan,” he said, without clarifying if the police had already taken the measures needed.

Meanwhile, responding to allegations of refusing to record a GD, Darussalam police station OC Tofael Ahmed said: “The location of the last phone call Adnan made was in Rangpur on Thursday [June 8]. It was 3:17pm then. We examined the CCTV footage at Gabtoli—but found nothing.

“A GD can be filed with the place where he lives, either in Rangpur [his village home] or Mirpur [his Dhaka city house].”

Pallabi police could not be reached over the phone for comments in this regard.