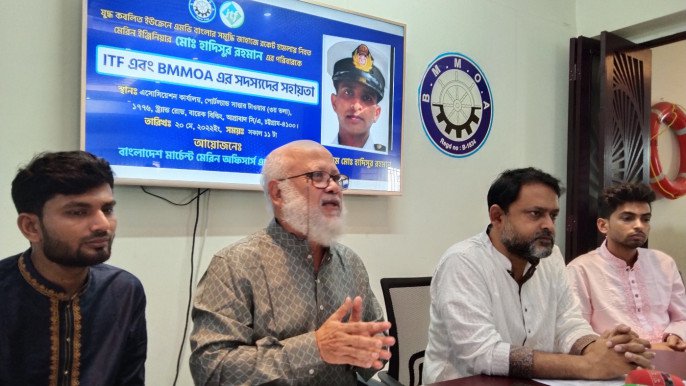 DOT Desk: [2] The Bangladesh Merchant Marine Officers Association (BMMOA) has demanded the release of the probe report of the committee formed in the incident of the missile attack on Bangladeshi vessel “Bangla Samriddhi”, stranded at Olvia port in Ukraine, reports The Daily Star.

[3] BMMO made the demand for releasing the report at a press conference at their own office in Chattogram’s Agrabad area yesterday. BMMOA General Secretary Md Shakhawat Hossain read out the written statement at the session presided over by the organisation’s President Capt Md [4] Anam Chowdhury.

The Bangladesh Shipping Corporation (BSC) ship had been stranded at Olvia port in Ukraine since 23 February, following Russia’s invasion of its eastern European neighbour.
Hadisur, third engineer of the ship, was killed in a missile attack on the vessel on 3 March. The ship had since then been declared abandoned.