[1] Meet EcoVation: They make lamps from plastic water bottles and much more 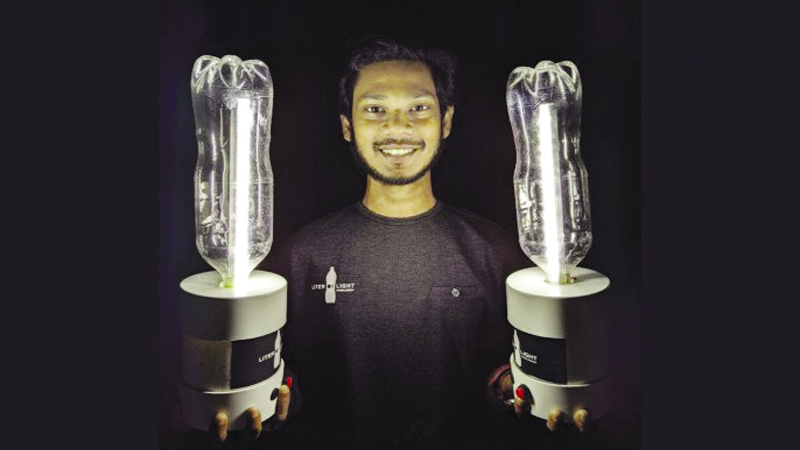 DOT Desk : [2] Shanjidul Alam has been enthusiastic about tech stuff for as long as he can remember, reports TBS.
[3] Throughout his childhood, he used to make simple, homemade DIY (do-it-yourself) electronic components out of extracted materials from electronic devices like radio, television, toys, etc.

[4] With time, his avocation became building new electronic components by repairing and modifying old and broken instruments/equipment. Shanjidul developed another passion in his teenage years, volunteering for the welfare of underprivileged people.

[5] In 2014, he saw a YouTube video of making a ‘water light bottle.’ He experimented with the method in his hometown and it was successful. The success prompted an idea. What if he used his volunteering network to make this product on a large scale and help marginalised people? Adding fuel to his fire, he came to know about the Litre of Light – a grassroots and global movement which provides low-cost, eco-friendly solar lights to people who have limited or no access to electricity. “Back in 2014, electricity was a little scarce, especially in the rural areas. So I thought of doing something for the unprivileged who did not have access to electricity.