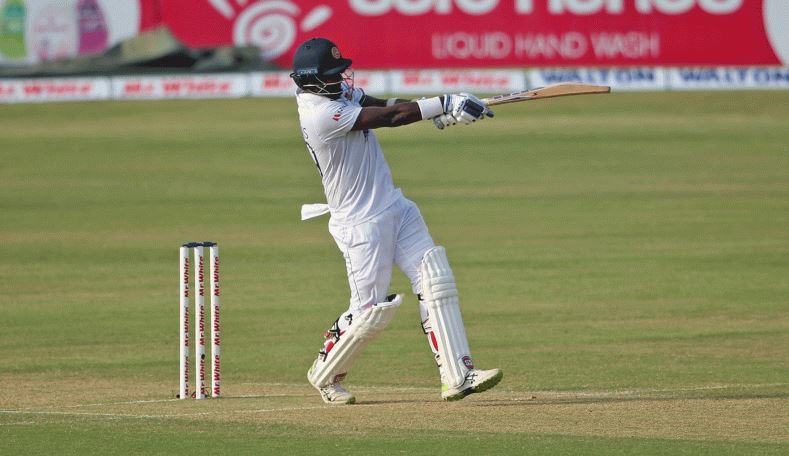 DOT Desk: [2] Angelo Mathews scored an unbeaten century as Sri Lanka posted 258 for four at the end of the first day of the first Test in Chattogram, reports The Daily Star.
[3] Mathews, the former Sri Lanka captain, played 213 deliveries for his unbeaten 114, which featured 14 fours and a six. He was ably accompanied by another former captain, Dinesh Chandimal, batting on 34.

[4] The visitors lost four wickets on the day – two in the first session and two in the third. Off-spinner Nayeem Hasan gave the hosts the early breakthroughs with the dismissals of Dimuth Karunaratne (9) and Oshada Fernando (36).
[5] Taijul Islam struck right after Tea, as Sri Lanka looked to build on a wicketless session, when he had Kusal Mendis caught at midwicket for 54.
Shakib Al Hasan, the most economical of the bowlers, had Dhananjaya de Silva caught at short leg for six before Mathews and Chandimal took the visitors home to a strong finish.