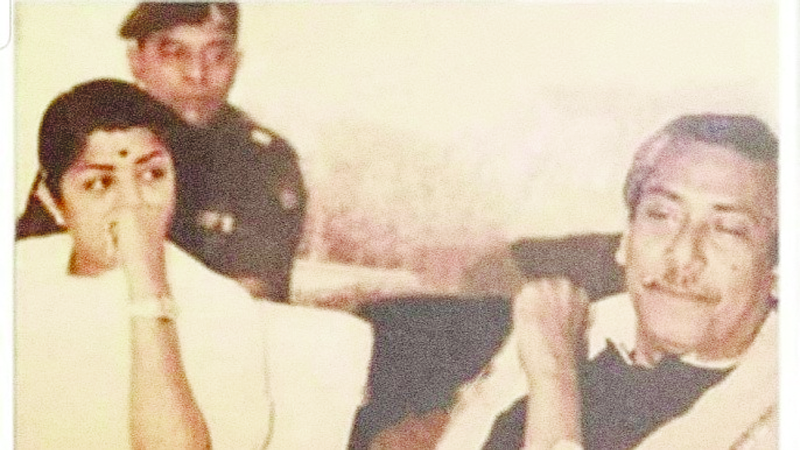 DOT Desk : [2] An Indian cultural delegation paid a visit to Bangabandhu Sheikh Mujibur Rahman and his family in Bangladesh, immediately after the Liberation War of 1971. Among the delegation, Lata Mangeshkar was accompanied by actress Wahid Rehman, a young Sanjay Dutt and his father Sunil Dutt, reports TBS.

[4] She reminisced about the time she graced the post war stricken country, finally emerging on the world map as Bangladesh, with her melodious musical performances. On 14 September 2019, she wrote, “Namaskar. As soon as the 1971 Bangladesh liberation war ended, we went to Bangladesh and we did several events with Sunil Dutt’s group. At the time, we used to commute all around by Army plane.”