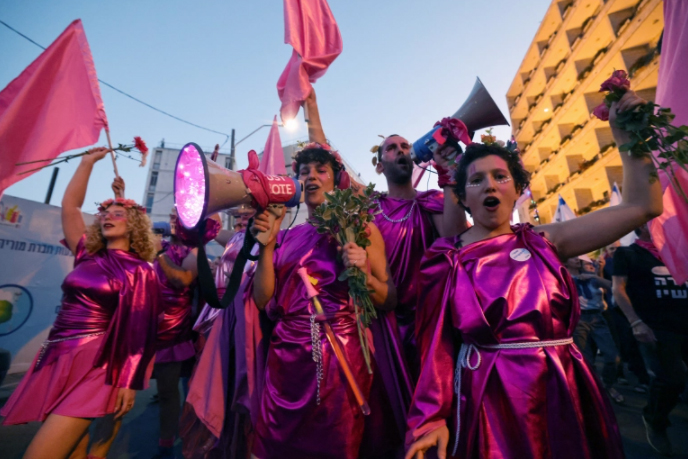 Aljazeera:[2] Israeli Prime Minister Benjamin Netanyahu’s 12-year hold on power is set to end on Sunday when the parliament votes on a new government, ushering in an administration that has pledged to heal a nation bitterly divided over the departure of the country’s longest-serving leader.[3] Netanyahu, 71, the most dominant Israeli politician of his generation, failed to form a government after Israel’s March 23 election, its fourth in two years.

[4] The new cabinet, which will be sworn in after a Knesset confidence vote it is expected to win, was cobbled together by centrist opposition leader Yair Lapid and ultra-nationalist Naftali Bennett.
[5] Bennett, a hawkish hi-tech millionaire, will serve as prime minister for two years before Lapid, a former popular TV host, takes over.

They will head a government that comprises parties from across the political spectrum, including for the first time one that represents the 21-percent minority comprising Palestinian citizens of Israel. They plan largely to avoid sweeping moves on hot-button international issues such as policy towards the Palestinians while they focus on domestic reforms.

With little to no prospect of progress towards resolving the decades-long conflict with Israel, many Palestinians will be unmoved by the change of administration, saying Bennett will likely pursue the same right-wing agenda as Netanyahu.
Sunday’s crucial Knesset session is due to open at 4pm local time (13:00 GMT), with Bennett, Lapid and Netanyahu all set to speak before the vote.