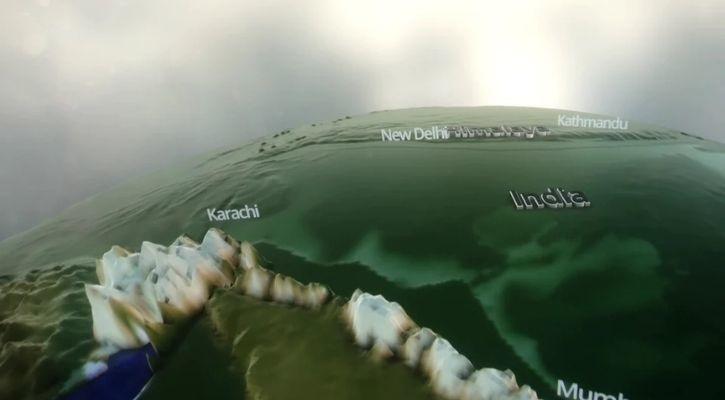 India Times: [2] All continents are continuously moving, driven by tectonic plates beneath us that are slowly but surely in transit one from destination to another. In about 200 million years from now, India will smash into Somalia and Madagascar, new study suggests. Based on simulations that predict tectonic plate movements in the distant future, scientists ascertained that the Arabian Sea would cease to exist in 200 million years.

India’s financial capital would be then situated at the foot of the so-called “Somalaya Mountains” that would run replace the entire coastal line. Mogadishu and Mumbai would become almost neighbours in 200 million years from now. Kolkata and Mauritius, too, would be closer to each other. Sri Lanka as we know it today would also disappear, becoming part of the new Indian subcontinent.

The research paper was published in the American Journal of Science by Utrecht University geologist Professor Douwe van Hinsbergen. In conversation with Indian Express, Dr. van Hinsbergen explained that southwest India would “get a depression from Trivandrum all the way to Karachi.”
“The Horn of Africa which includes Somalia would override or bulldoze over southwest India and make this big mountain belt,” the professor added.