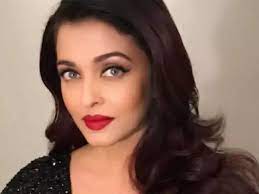 Indian Express: [2] India’s Enforcement Directorate (ED) has summoned Bollywood actress Aishwarya Rai Bachchan for questioning in a case related to the 2016 “Panama Papers” global tax leak case. Aishwarya has been asked to depose before the agency in Delhi, reports our New Delhi correspondent quoting Enforcement Directorate officials.
[3] The federal probe agency is probing the case since 2016 when the global leaks came to light through the investigative reports by an international consortium of newspapers.
[4] The ED had also issued notices to the Bachchan family asking them to explain their foreign remittances since 2004 under the Reserve Bank of India’s (RBI) Liberalized Remittance Scheme (LRS).
Some other instances of alleged irregularities linked to the family are also under the scanner of the ED, the officials said.

The “Panama Papers”, a stockpile of records from Panamanian legal firm Mossack Fonseca by the International Consortium of Investigative Journalists had named several world leaders and celebrities who had allegedly stashed money in offshore companies in tax havens abroad.