[1] I’m certain of my victory in Narayanganj election: Ivy 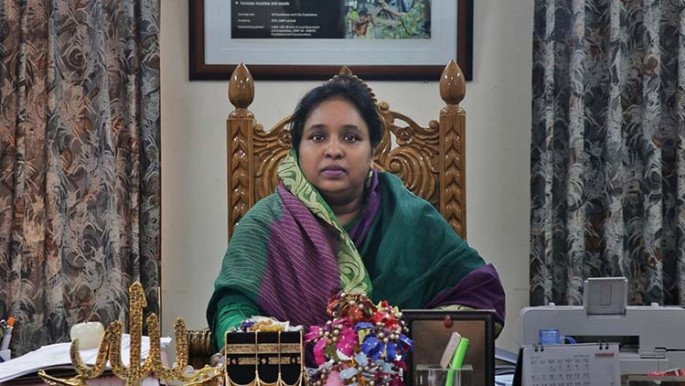 DOT Desk: [2] Awami League mayoral candidate in the Narayanganj City Corpo-ration elections, Selina Hayat Ivy has said that she is certain of her victory in the upcoming poll. [3] Dr Selina Hayat Ivy, the Awami League mayoral candidate in the upcoming Narayanganj City Corporation election said she will win by a margin of at least one lakh votes if the polls go fairly, reports TBS, The Daily Star.

[4] “Many factions have been formed to defeat me. Many are trying to figure out how to defeat me. However, everyone knows my victory is certain,” she said at a press conference at her residence in Narayanganj yesterday. Ivy also claimed she will win the election by a margin of at least over one lakh votes.

[5] She further expressed hope that the elections will be held in a festive manner. When asked about the possibility of violence in the election, Ivy said, “I would be harmed if incidents of violence take place during the poll. Others may cause problems so that my voters do not come to the centres.”

She also denied the allegations of central leaders of the party visiting the poll areas to influence elections.