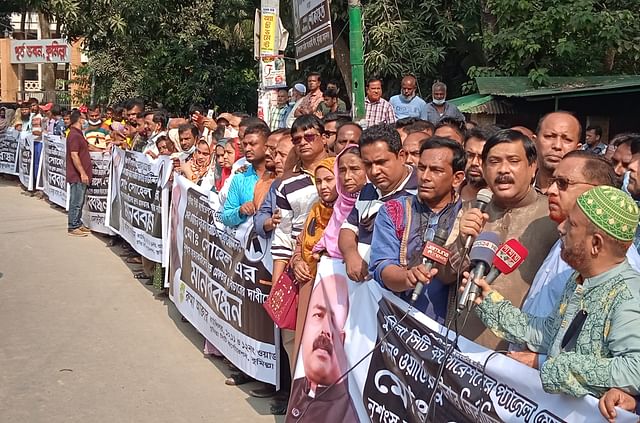 [4] According to the organizers, general councilors from 26 wards of the city and women councilors from 9 reserved wards gathered in front of Comilla Press Club with banners before 11 pm.
[5] Then Mayor Mohammad Monirul Haque Sakku brought a banner under the banner of Comilla City Corporation. Officers and employees of different levels of Nagar Bhaban attended the event. Hundreds of people gathered in a long human chain from Comilla Circuit House junction to Ganapurta Bhaban.

[6] Mayor Monirul Haque Sakku said, “Three days have passed since the incident. So far, the main accused in the murder case and other accused have not been arrested. We demand the arrest of all the accused.