[1] Huawei’s Meng Wanzhou flies back to China after deal with US [2] Two Canadians imprisoned by China have been released, Prime Minister 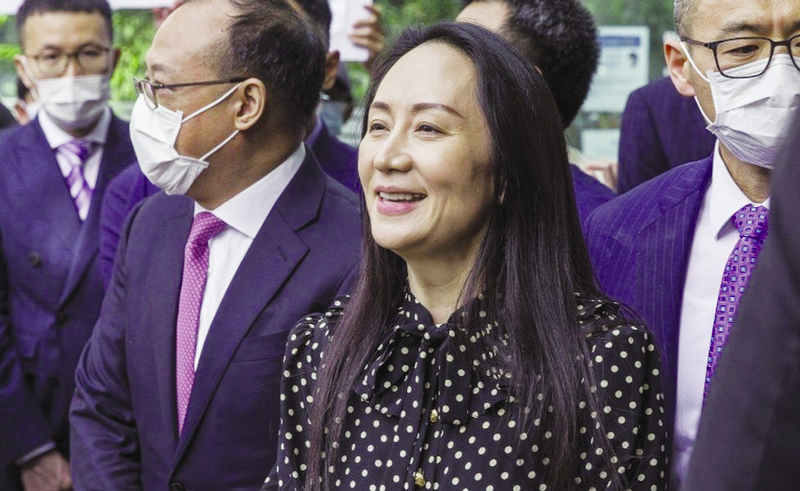 BBC : [2] A Chinese technology executive held in Canada on US fraud charges has left the country after a deal with prosecutors, following years of diplomatic tensions over her fate.
[3] Meng Wanzhou, chief financial officer of Huawei, was detained on fraud charges in December 2018 at the request of the US. The case infuriated China and strained relations with the US and Canada. It also prompted accusations that China had detained Canadian citizens in retaliation, which China denied. “My life has been turned upside down. It was a disruptive time for me,” Ms Meng told reporters after being freed from Canadian detention.