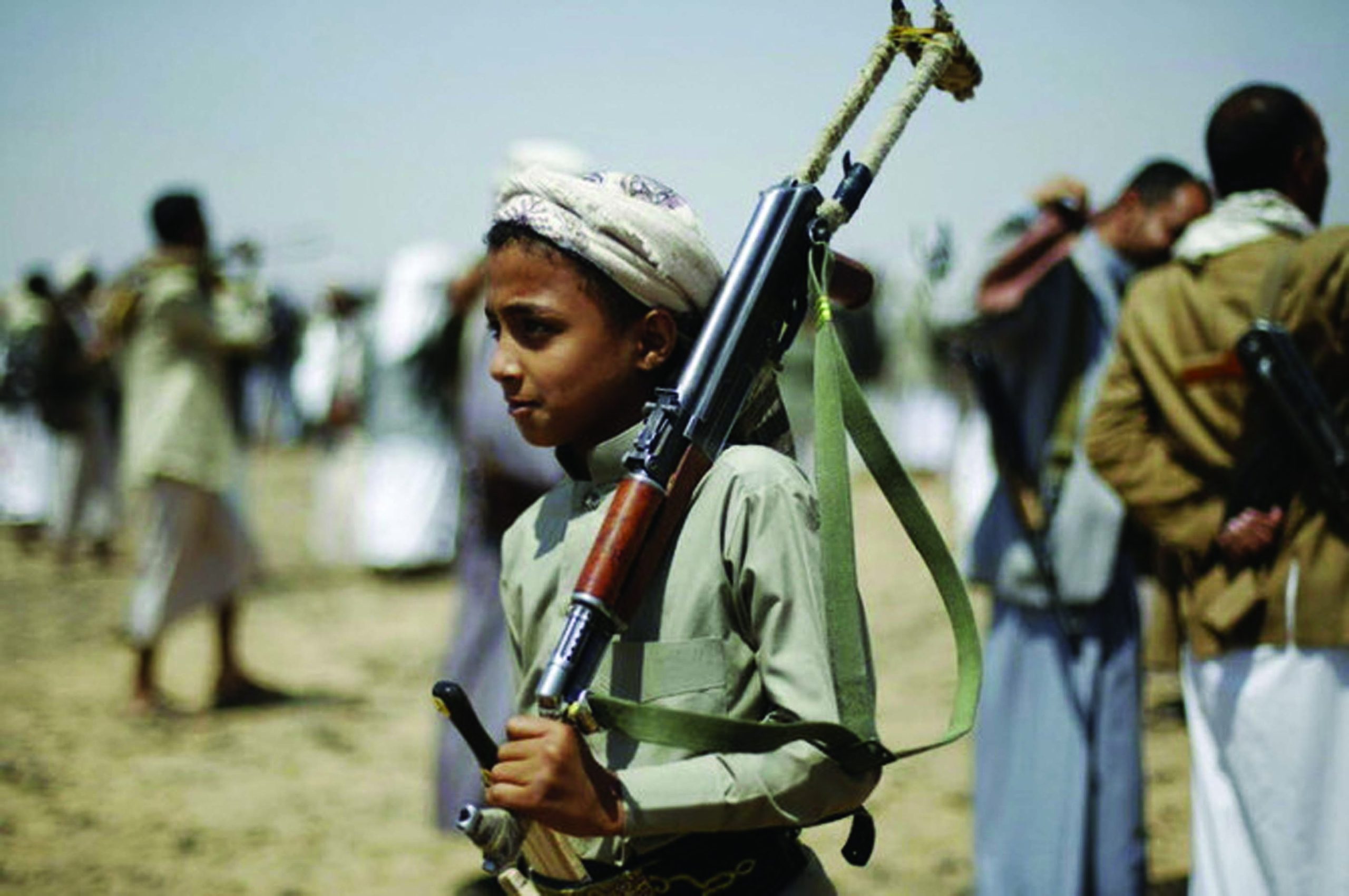 AL-MUKALLA: [2] Yemen’s government officials, human rights activists, religious figures and journalists have warned families living in Houthi-held areas against sending their children to the militia’s summer camps, and have accused the Iran-backed group of wanting to recruit these young people for their army.

[3] This comes in the wake of the movement’s leader, Abdul Malik Al-Houthi, ordering his supporters to open these camps in areas under their control, where he pledged to “immunize them” against misconceptions about his organization and Islam. [4] Houthi officials have reportedly said that 57 camps were launched in Sanaa alone, which are expected to attract hundreds of students during the upcoming summer vacations.

[5] Yemeni officials and activists say that the Houthis are using these gatherings to radicalize and indoctrinate minors, so that they can prepare them to become soldiers. “Your child that you will send to the Houthi summer and military course is a time bomb that will kill you tomorrow,” said Ghamdan Al-Yosifi, a Yemeni journalist, labeling them “factories for manufacturing explosives.”