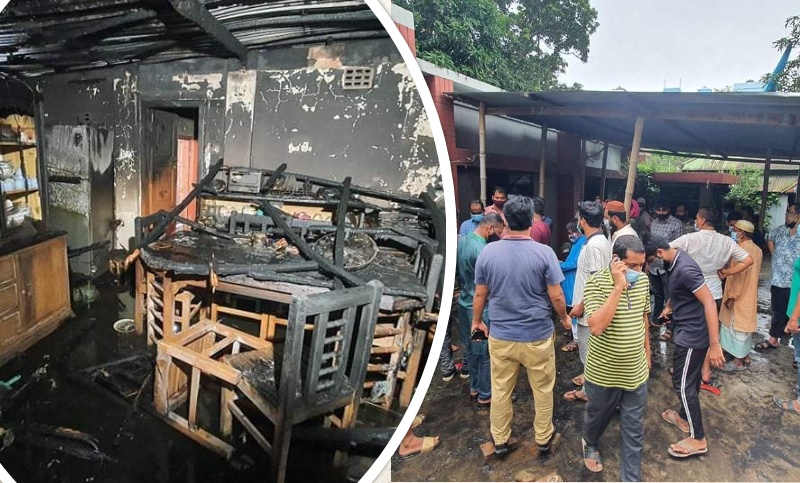 Imrul Hossain for DOT
[2] A house caught fire in Brahmanbaria yesterday. Although some furniture was gutted, none was injured in the fire, reports Kaler Kantho.

[3] The accident occurred at the house of Al Mamun Sarker, secretary of Brahmanbaria district chapter of Bangladesh Awami League.

[4] Earlier on March 28, the Hefazat men launched an attack on the house of the AL leader. They also vandalized and set fire to the house. Since then, the Al leader and his family members are not staying at the house.
Currently, the house is being renovated.

[5] According to the Fire Service and the police, security staff Milon saw smoke coming out of the house at 1pm. On information, two units of the Fire Service ushed to the spot and doused the fire after half an hour.
None received injury as nobody was inside the house during the fire accident.