[1] Home Minister: No scope in law for Khaleda’s treatment abroad 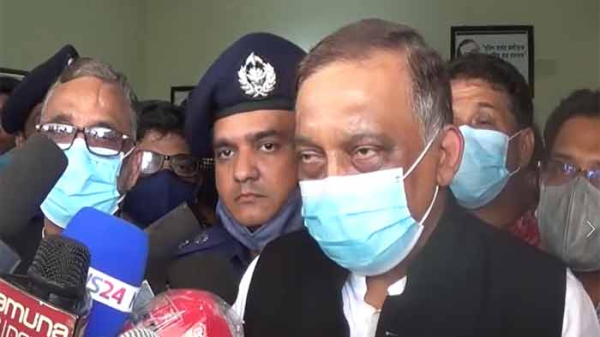 DOT Desk: Home Minister Asaduzzaman Khan on yesterday said there is no scope to send BNP chief Khaleda Zia abroad for her treatment as per the country’s law, reports Dhaka Tribune.
“As per the law, there’s no scope but a delegation of the BNP-led 20-party alliance came and said the Prime Minister can do it if she wishes but so far I know there is no scope,” he said.

The minister came up with the remarks while talking to reporters after a meeting with the leaders of five political parties under the BNP-led 20-party alliance at the Secretariat. “The leaders of five parties of the BNP-led alliance came here and said Khaleda Zia is fighting for life and they submitted an application to the Prime Minister seeking steps to create a scope for sending the BNP chief abroad for better treatment,” he said.