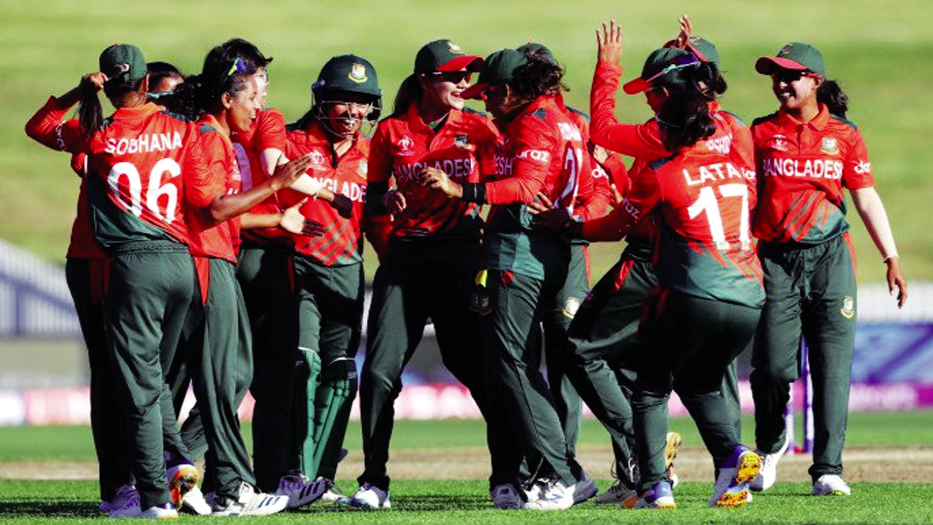 [3] Not only that, the men’s team beat Pakistan in their maiden World Cup and the women’s team emulated the feat. The win has come in the month of March, one of the most significant months in Bangladesh’s history as a nation, which makes the win even sweeter. They say, ‘history repeats itself’ and that’s exactly what happened on Monday at Seddon Park in Hamilton.

[4] Bangladesh women’s team, in their maiden 50-over World Cup, lost their first two matches against South Africa and New Zealand but for sure gave the two teams a run for their money. The Tigresses couldn’t quite capitalise on a terrific bowling performance against South Africa. They were off to flying start in the powerplay, making good use of the field restrictions in a rain-curtailed game but the hosts New Zealand were too strong for them.