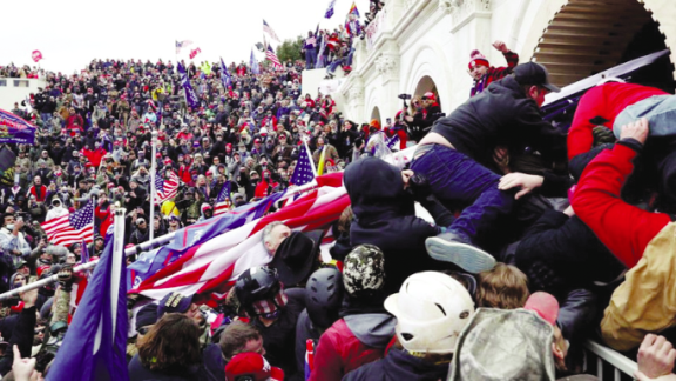 Reuters: [2] The District of Columbia’s police department on Monday said two more police officers who responded to the January 6 riot at the US Capitol have died by suicide, bringing to four the number of known suicides by officers who guarded the building that day.

[5] Another MPD officer who responded to the Capitol on January 6, Kyle DeFreytag, was found dead on July 10, Carew said. DeFreytag’s cause of death was also suicide, Carew said.
He had been with the police department since November 2016.

Four people died on the day of the violence.

A Capitol Police officer who had been attacked by protesters died the following day. More than 100 police officers were injured.

The mayhem led to Trump’s second impeachment trial. More than 500 people have been arrested for their roles in the violence.

During emotional testimony last week, four police officers told a House of Representatives special committee that they were beaten, threatened, taunted with racial insults, and thought they might die as they struggled to defend the Capitol against the mob.