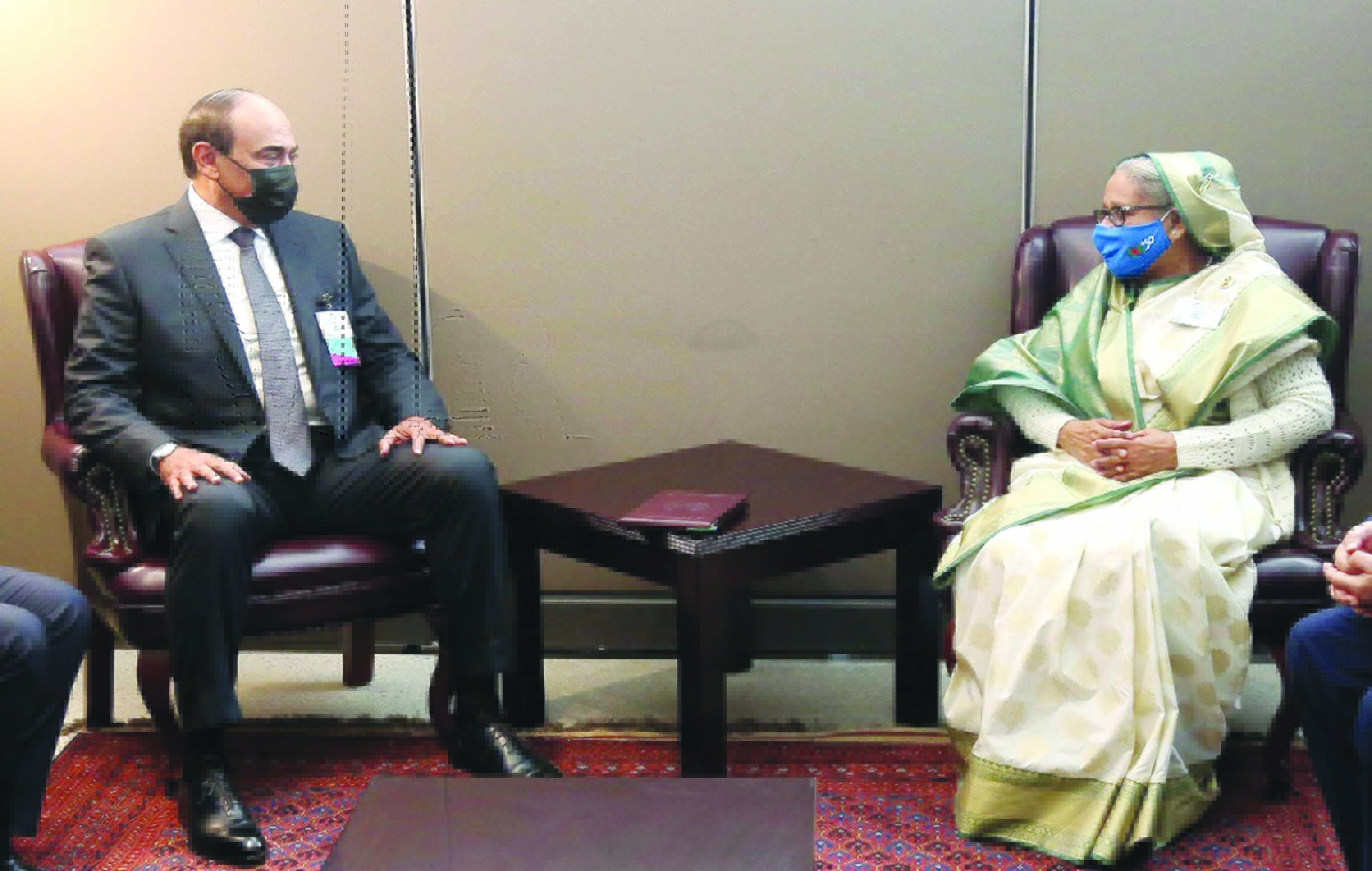 BSS : [2] Bangladesh and Kuwait will chart out a comprehensive roadmap together in the next five years to boost bilateral cooperation in several sectors, including setting up an oil refinery.
[3] The decision came from a bilateral meeting held between Prime Minister Sheikh Hasina and her Kuwaiti counterpart Sheikh Sabah Khaled Al-Hamad Al-Sabah at the United Nations Headquarters on Tuesday, said Foreign Minister Dr AK Abdul Momen at a press briefing in New York.
[4] “The Kuwaiti prime minister thinks that Kuwait and Bangladesh should together prepare a roadmap and design actionable programs in the next five years so that our relations are strengthened further,” he said. He said the foreign ministers of the two countries will sit in a meeting to chart out the roadmap. “We’ll work out the details.”
[5] Noting that five big projects are now being implemented with finance from Kuwait fund, he said Bangladesh wants more and Kuwait is also keen for more projects.