[1] Flood fears in the countries north and south-east region 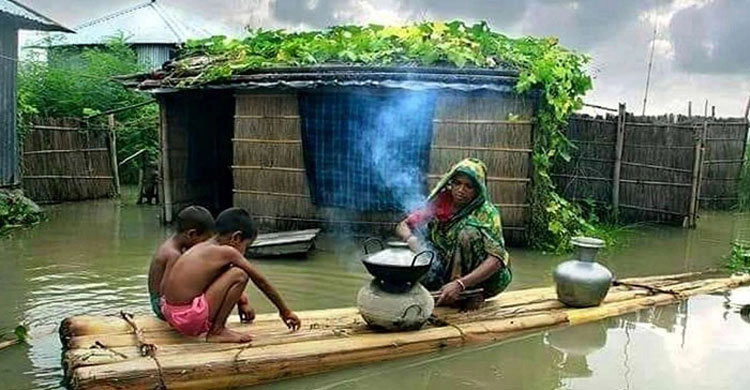 Shahnaz Begum of DOT
[2] In the next few days, heavy rains are likely in different parts of the country, including the upper reaches. This has led to fears of floods in the northern and south-eastern hilly areas of the country. The Water Development Board’s Flood Forecasting and Warning Center’s flood report said yesterday, reports jagonews24.com.

[3] It said the water level of the Brahmaputra-Jamuna river in the northern and north-western parts of the country would rise to the alert level in the next seven days. Somewhere near the danger line.

[4] Mohammad Arifuzzaman Bhuiyan, executive engineer of the Flood Forecasting and Warning Center, said, “Heavy to very heavy rainfall, including rainfall, was observed in many parts of Bangladesh and upstream basin in late June and first half of July”, reports Dhakapost.

[5] As a result, the water level in the main rivers of the country is rising, but it has flowed below the danger level, he said.

[6] On the other hand, in the next 24 to 72 hours, heavy rainfall is expected in the Himalayan foothills of West Bengal. In this way, the water level of Teesta and Dharla rivers in the northern part of the country can increase especially fast.