[1] Five metropolises, including Dhaka, to be uninhabitable in a decade 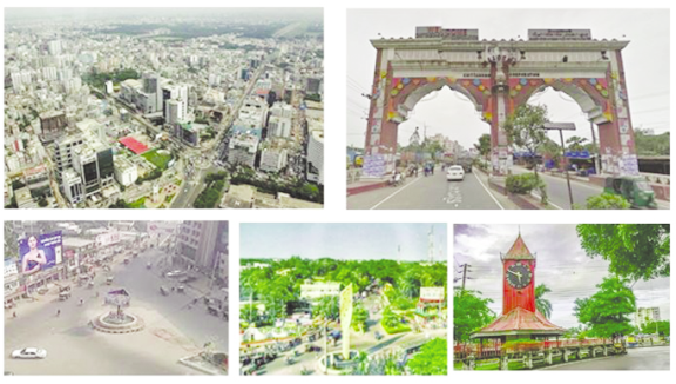 Tahtheera Sultana of DOT
[2] Every year the temperature in the big cities of the country continues to rise at alarming levels. If this trend is not stopped, the country’s five major populous metropolises, including the capital Dhaka, could become uninhabitable within the next decade. The cities are Dhaka, Chittagong, Rajshahi, Khulna and Sylhet. One of the main reasons for the rise in temperature is abnormal population density, concrete houses, air conditioning, factory overcrowding, transportation, unplanned urbanization, wetland flooding and deforestation. If this continues, the temperature in big cities may rise by five to six degrees in the next 20 years compared to rural areas.

[3] An international study recently conducted by Curtin University in Australia has revealed this alarming picture. A total of six researchers from the University of Calgary in Canada and Bangladesh were involved. The study was published in a report last month in the international journal Sustainable Cities and Society, reports AmaderShomoy.com [4] The study was led by Professor Ethnologist, Department of School of Earth and Planetary Science, Curtin University, reports Bhorer Kagoj.

.. Ashraf Dewan said, ‘Over the past year and a half, we have seen six researchers in various experiments, including satellite images. The temperature in the city is much higher than in the villages of Bangladesh, such as 2.8 on average in Dhaka, 1.92 in Chittagong, 1.28 in Khulna and 1.8 in Sylhet. 10 and 64 degrees Celsius higher in Rajshahi. Researchers have observed day and night temperature differences in Dhaka, Chittagong, Rajshahi, Khulna and Sylhet over the past 20 years.’ reports BhorerKagoj.