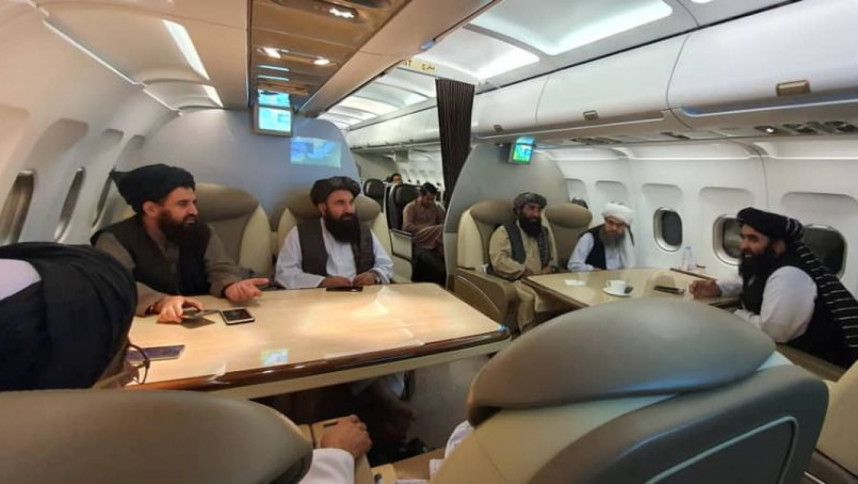 Reuters: [2] The United States said on Sunday the first face-to-face meeting between senior US and Taliban officials since the hardline group retook power in Afghanistan was “candid and professional” and that the US side reiterated that the Taliban would be judged on their actions, not just their words.

[3] State Department spokesman Ned Price said the US delegation in the weekend talks in Doha, Qatar, focused on security and terrorism concerns and safe passage for US citizens, other foreign nationals and Afghans, as well as on human rights, including the meaningful participation of women and girls in all aspects of Afghan society.

[4] He said the two sides also discussed “the United States’ provision of robust humanitarian assistance, directly to the Afghan people.”

[5] “The discussions were candid and professional with the US delegation reiterating that the Taliban will be judged on its actions, not only its words,” Price said in a statement.

[6] It did not say if any agreements were reached. On Saturday, Qatar-based Al Jazeera television quoted Afghanistan’s acting foreign minister as saying that Taliban representatives asked the US side to lift a ban on Afghan central bank reserves.

It said the minister, Amir Khan Muttaqi, also said Washington would offer Afghans coronavirus vaccines and that the two sides discussed “opening a new page” between the two countries.