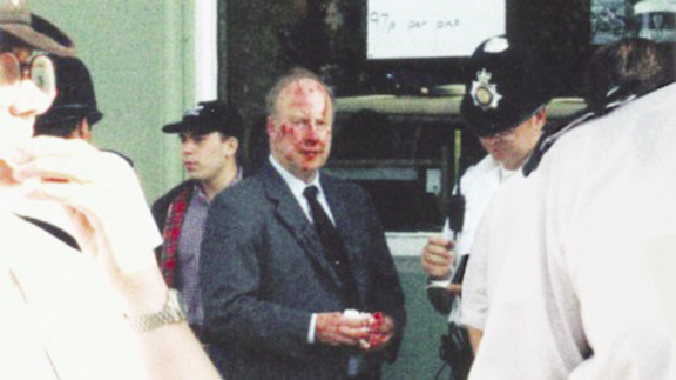 Rubaiya Tripty of DOT
[2] An undercover informant who identified the man behind Britain’s deadliest far-right attack has warned that a similar atrocity is inevitable due to the spread of extreme ideology online. The Guardian.
[3] The mole, codenamed “Arthur”, told his handler, who then informed the police, that David Copeland was behind a series of attacks that killed three and injured more than 100 over a bombing campaign lasting less than two weeks in 1999.
[4] Copeland went on to detonate hidden bombs on three consecutive weekends, targeting London’s black, Bangladeshi and gay communities in Brixton, Brick Lane and Soho. Each device was crammed with up to 1,500 nails and left in a plain black holdall.
[5] Yet Arthur – whose identity remains a closely guarded secret – is now warning that the availability and accessibility of extremist ideology online means another UK far-right attack is a certainty. [6] He said: “Whether it’s blatantly Nazi or racist it’s much easier to put material on the internet than it is by pushing a leaflet through a door like in the 90s.
[7] “We’ll definitely see another David Copeland. But that person, he or she, should know that they will also ruin their life as well. Copeland had these three weeks of excitement and now he’s stuck in prison for possibly his whole life. It’s not just a bad thing to do, it’s a really stupid life option.”