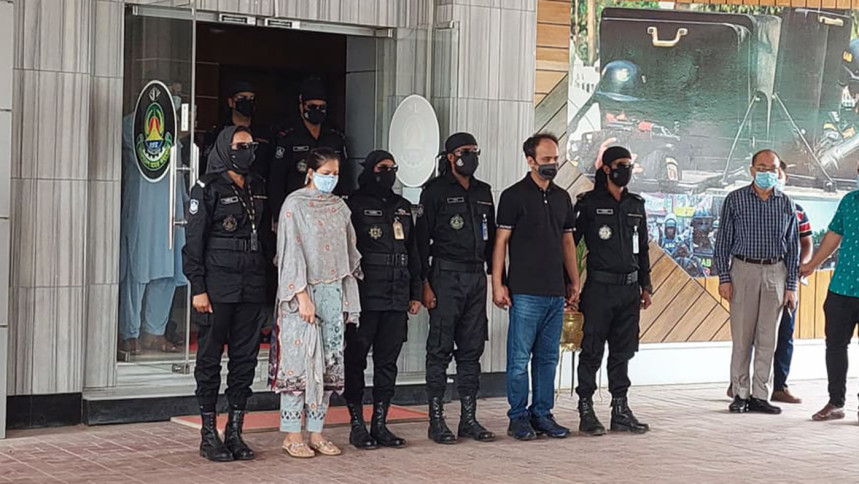 [4] The CEO and chairman of the company have not been able to come up with any definitive plan or means to clear the liabilities to their customers and suppliers, the arrestees admitted during primary interrogation, the Rab official said. [5] Legal action is underway against the two arrestees, he added.
[6] The duo were taken to Gulshan Police Station this noon and will be produced in court soon, the Rab official also said.
[7] Rab arrested the two yesterday on charges of embezzlement.
[8] Officers raided Rassel’s flat in the capital’s Mohammadpur around 3:45pm and left an hour and a half later with him and Nasrin.