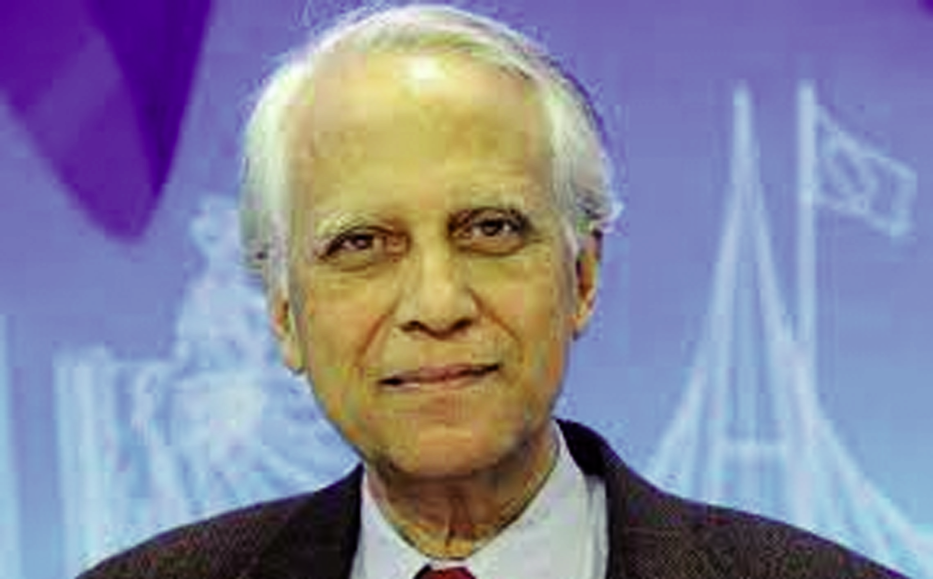 Ambassador Muhammad Zamir
[2] The month of February and our commitment and struggle for Bangla as our mother language have had a distinct osmotic aspect. Bengali as a language has a significant role not only within Bangladesh and neighboring Indian State of West Bengal but also in the adjoining Indian States of Orissa, Assam, Bihar and Tamil Nadu and in the countries of Nepal and Bhutan.

[3] One also has to understand why we all give great respect towards adages in Bangladesh. However short the proverbs- they have a singular characteristic- they usually have a philosophical content and connote a special meaning. It also needs to be understood that such expressions are usually formulated on the basis of broad experience and not on emotion.

[4] It is this aspect that generates respect for their use when a person wants to underline a particular point of view through an adage. One needs to realize that they are really signposts and in a manner of speaking fragments of “an elder wisdom”.

It is this aspect which has been underlined by W.C. Hazlitt, an American author who has described adages and proverbs as “an expression or combination of words conveying a truth” figuratively, as antithetical or as a hyperbole.
Bangla proverbs and adages normally consist of a descriptive element that contains a topic and a comment. Based on common sense, they have in the villages of Bangladesh over the years assumed the unwritten status of morality. They also usually reflect the ethos and in more ways than one, the cultural identity of the community or people living in that region.

Bangla proverbs usually have a theme and a distinct meaning. Some of them rely on the contradictory nature of the construction while others are complementary in nature. There are proverbs and Bachans which deal with principles of social science, politics or economics. There are also Bachans which deal with the weather, weather patterns, the supernatural, flora and fauna and also the importance of astrology in daily life.

Bangabandhu was fond of Khana and quite often referred to the observations that she had made pertaining to the matrix of agriculture and how farming could be improved in helping food recovery and economic livelihood in war devastated Bangladesh. In this context, reference was drawn to particular types of livestock and poultry- cows, bullocks, goats, ducks and pigeons. He also drew attention to how Khana referred to the significance of vegetables, particularly gourds and how they could help a farmer. In this context, he underlined the importance that Khana had attached to farmers also cultivating and growing fruit items – like mango and jackfruit, in addition to banana.

In this regard, Bangabandhu also drew attention to Khana when at different times farmers pointed out to him during his visits outside Dhaka that they were having problems finding necessary assistance with regard to fertilizers for their crops. He did not hesitate to refer to how Khana had discussed the importance in farming of organic fertilizers (not only of cow-dung, which was easily available, but also of ash, rotten leaves and grass) and had also advised farmers about breeding of livestock and of creating proper embankments.

On another occasion he drew the attention of farmers to an interesting feature that had been also focused upon by Khana. This related to her observation on insects and frogs in determining weather patterns. It may be noted here that Khana appears to have made a similar comment as had become prevalent in China and in many other parts of South-East Asia. This is related to the fact that if the frog calls quite often, it is a sign of impending rain.
Such advice could be conveyed to the famers by Bangabandhu because of his close association with rural needs and how to overcome existing challenges in this sphere. Khana and her Bachans were there to help him after seven centuries.

Another aspect that needs to be highlighted is the point raised by Mohammad Hanif Pathan in his publications “Bangla Probad Parichiti”, published by the Bangla Academy, Dhaka in 1976 and 1985. He has realistically identified the difficulties associated in the collection and publication of proverbs. He also correctly explained the significant factor of adages being based on oral tradition. This creates its own dynamics and practical day-to-day interaction. It also moulds collective experience and helps in the evolution of terminology and idioms.

Consequently, I believe that the genius and spirit of a nation, particularly of a country like Bangladesh, can be discovered by its proverbs. The importance of this sociological factor has been further underlined by the view that adages like religious rituals tend to have a significant influence on the ethnic moral structure in our rural societies. A historical appreciation of Bangla Bachans and their relevance for rural Bengal would however be incomplete without reference to our ancient seer– Khana. Sayings of Khana form part of this country’s traditional agricultural norms. They also constitute in a manner of speaking, a body of suggestions regarding public health. For many centuries it has contributed towards understanding of this country’s evolution of civilization and culture. It has also been involved in facilitating this process.

It would be interesting to note here that surveys conducted in the near past in different districts of Bangladesh have revealed that though the inhabitants have not formally read about Dak or Khana, the two seers, yet their adages, practised locally, continue to have impact on their daily lives. This was found to be particularly true in the districts of Mymensingh (Trishal Thana), Comilla (Brahmanpara Upazila) and Dinajpur (Setabganj Upazila). In these places only nine per cent of inhabitants appear to be familiar with Khana or Dak by having read their Bachans. Yet, ninety seven per cent stated that they know of Khana and her association with agriculture. It was also discovered that Khana was still influencing nearly eighty-nine per cent of the population, especially on matters having social significance.

Adages and Bachans have left an indelible footprint on our rural cultural heritage and have a special significance for Ekushey and the month of February.
(Muhammad Zamir, a former Ambassador, is an analyst specialized in foreign affairs, right to information and good governance, can be reached at <[email protected]>)