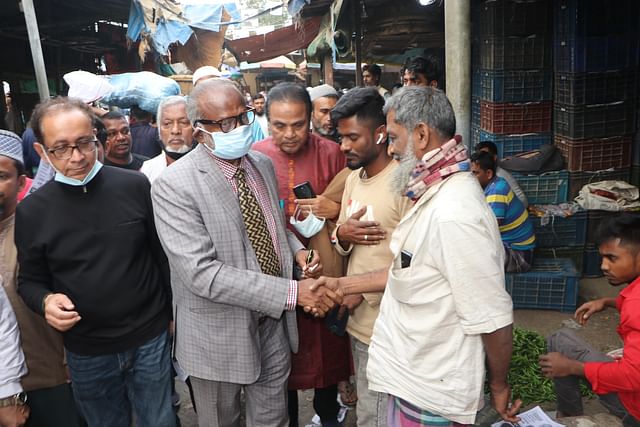 Hossen Sohel for DOT
[2] Independent candidate Taimur Alam, who was previously relieved from BNP chief’s advisory position for his decision to contest the Narayanganj City Corporation (NCC) polls, asked the police not to make the polls questionable, reports Prothom Alo.

[4] Taimur alleged that the police were going to his supporters’ house and harassing them. “My electoral agents and supporters are being intimidated,” he alleged. Narayanganj city will go to polls on January 16. A total of seven candidates are running for mayor.

[5] BNP which is boycotting the January 16 polls recently relieved Taimur of two-party posts. A section of party leaders and activists, who are still campaigning for him, said BNP men may refrain from casting ballots, but they will not vote for Ivy.