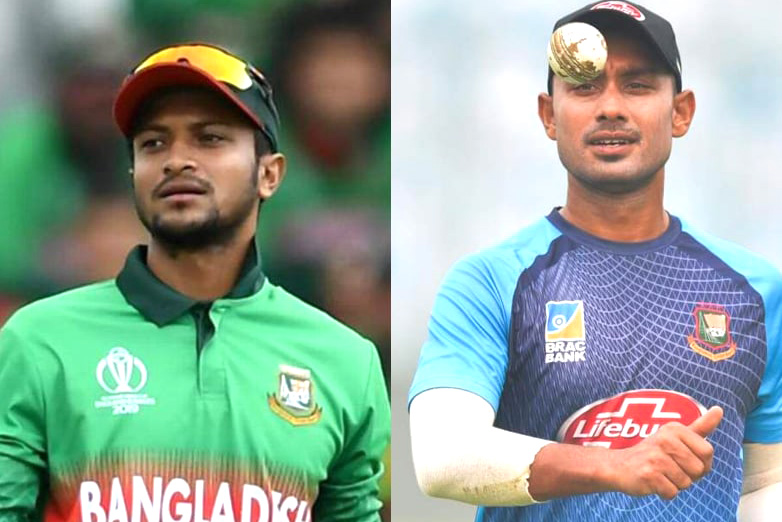 DOT Desk: [2] Bangladesh are missing out on openers Tamim Iqbal and Liton Das in the series for separate reasons. This left the team have specialist openers only in Soumya Sarkar and Mohammad Naim with former suffering niggle in thigh area, reports Dhaka Tribune.

[4] Domingo replied so to a query by the media on the team’s plan as back-up to the only two openers it has – in shape of Soumya Sarkar and Mohammad Naim – for the five-match T20I series set to begin at Sher-e-Bangla National Stadium on Tuesday.

[5] Bangladesh are missing out on openers Tamim Iqbal and Liton Das in the series for separate reasons. Left-handed veteran opener Tamim is rested due to a knee injury while Liton could not be part of the series for being out of the bio secured bubble to attend a family emergency. [6] This left Bangladesh have specialist openers only in Soumya and Naim with Soumya suffering niggle in thigh area.

“We [team management] thought a lot about this [about the backup openers]. Shakib is there and he can bat as an opener. We have Mithun back in the team. Though he bats in the middle order he can bat as an opener in this format if we have any regular opener injured. Hopefully nothing will happen to the openers we have but if there is an issue we do have the options,” said Domingo in a virtual press conference with the media on Sunday.

Shakib in his long international career has never batted as an opener. The left-handed batsman had started his career as a lower middle order batsman and now bats at number three in white ball cricket. In Test the ace Bangladesh all-rounder bats in the middle order.

In domestic circuit Shakib has batted only once as an opener, in the Dhaka Premier League 2015, for Legends of Rupganj against Prime Doleshwar in a Super League match and scored 28 runs off 51 deliveries.

On the other hand Mithun has been seen as an opener in many occasions throughout his career but couldn’t cement his place at the top in the national fold. The right-handed batsman has opened for Bangladesh in one one-day international and six T20Is. Mithun performed his best as an opener against UAE in 2016 T20I Asia Cup scoring 47 runs from 41 deliveries.