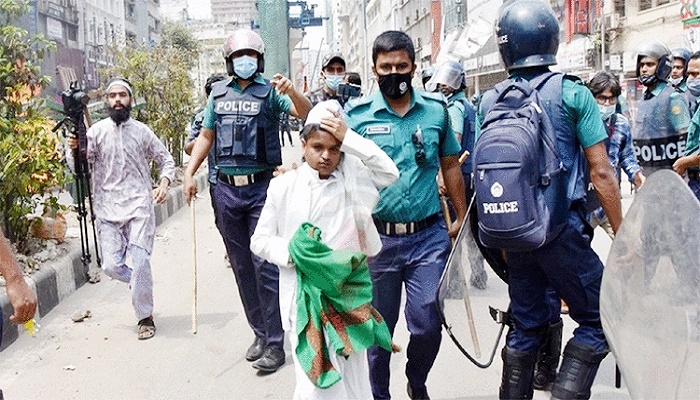 [4] Rafiqul’s lawyer Advocate Ashraf Ali Mollah confirmed the matter to media.
[5] He said Rafiqul has been granted bail by the court in a case filed under the Explosives Act with Kotwali Police Station in Mymensingh. The same bench of the High Court did not grant bail in the case filed under the Digital Security Act at Basan Police Station in Gazipur.

Rafiqul Islam Madani, widely known as “Shishu Bokta”, has been arrested from Netrakona district due to his “anti-state” speech and inciting chaos on April 8 this year.