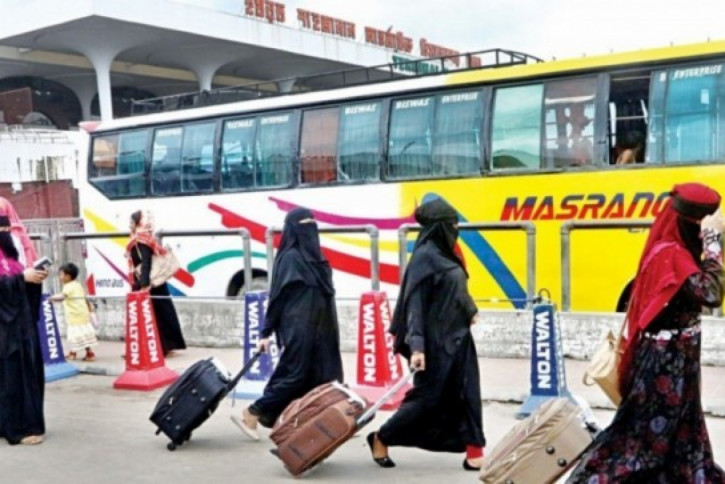 Imrul Hossain for DOT
[2] Due to the Coronavirus pandemic, 60 percent of the returnee female migrant workers have remained jobless, reports The Daily Star.
Bangladesh Institute of Labour Studies (BILS) made the revelation yesterday. BILS conducted a survey at 12 upazilas of three districts in the country.

[3] According to the BILS, the socio-economic conditions of one out of three women deteriorated.
The survey was conducted at Jashore, Faridpur and Chattogram districts from July to December last year.
[4] Monirul Islam Baren, Deputy Director of the BILS said that there is no exact data of the migrant women workers returning home.

[5] It was found that 200-300 women returned home every month. 38 percent of the women respondents alleged that they faced physical torture after going abroad.
52 percent women said that they were forced for work.