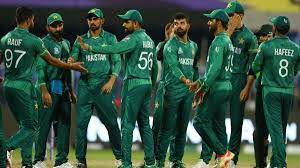 Shahnaz Begum of DOT
[2] A petition has been filed against 21 members of Pakistan’s cricket team for displaying their national flag at the Sher-e-Bangla National Cricket Stadium in Dhaka’s Mirpur without the permission of the Bangladesh government. Yesterday Dhaka Additional Chief Metropolitan Magistrate Abubakar Siddique passed the order, reports Banglanews24.com.

[4] Regarding the application for the case, he said that a case was filed against them for practicing flying the Pakistani flag without the permission of the government at the academy ground in Mirpur, Bangladesh.