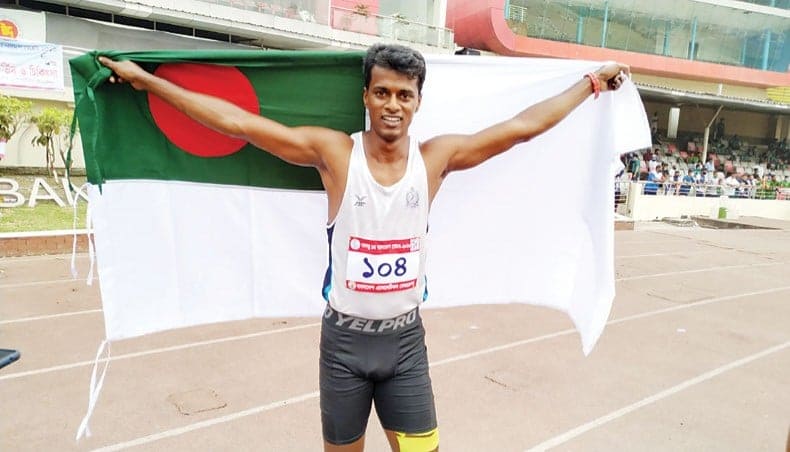 BSS: [2] Bangladesh’s current fastest man Mohammad Ismail Hossain received a one-year ban by the Bangladesh Athletics federation on Sunday due to his controversial statements to the media on the federation’s athlete selection for Tokyo Olympics earlier this year.[3] “Ismail can’t take part in any national and international events for next one year.”

[3] “He gave controversial statements to the media regarding our selection process during the last Olympics. We formed an investigation committee and based on their reports we have taken the decision to ban him for next one year from all sorts of national and international events,” he added. The Navy athlete earned gold medal in the 100m sprint event of the Bangabandhu Bangladesh Games with the timing of 10.50 sec this year.