[1] Clashes between uncles and nephews in Munshiganj over upcoming UP elections, 15 injured 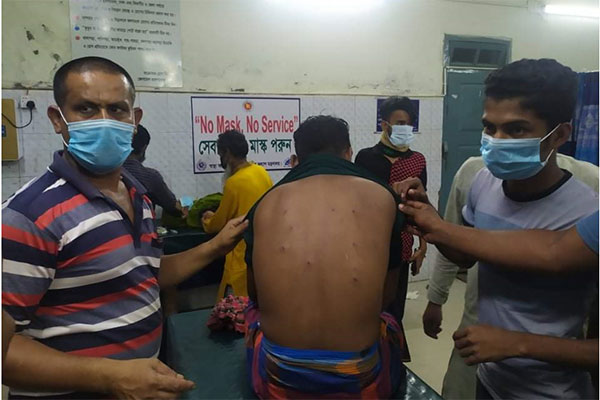 Shahnaz Begum of DOT
[2] The incident took place at Munsikandi and Beher Kandi villages of Mollakandi Union’s 6th ward in the char area from Friday afternoon to evening, reports bd-pratidin.com

[3] Local member candidate uncle Nurul Amin Dewan and nephew UP member Swapan Dewan were attacked and beaten. 10 houses on both sides were vandalized. Cocktails exploded, shots were fired. In this incident, the situation is tense in both the villages. Two villages have become empty of men.

[4] Uncle Nurul Amin Dewan said, “Since announcing that I will be a member candidate in the next Union Parishad elections, Swapan has been harassing me in various ways.” My people are being beaten and threatened in various ways.

[5] However, denying the allegations, nephew Swapan Member said, “People of Nurul Amin and BNP leader Wazir Ali attacked my house and vandalized it.” Several of my workers were shot in the attack.

[6] Munshiganj Sadar Police Officer-in-Charge (OC) Abu Bakkar Siddique said no party has so far complained about the incident. Legal action will be taken if any complaint is received. Additional police have been deployed at the scene.