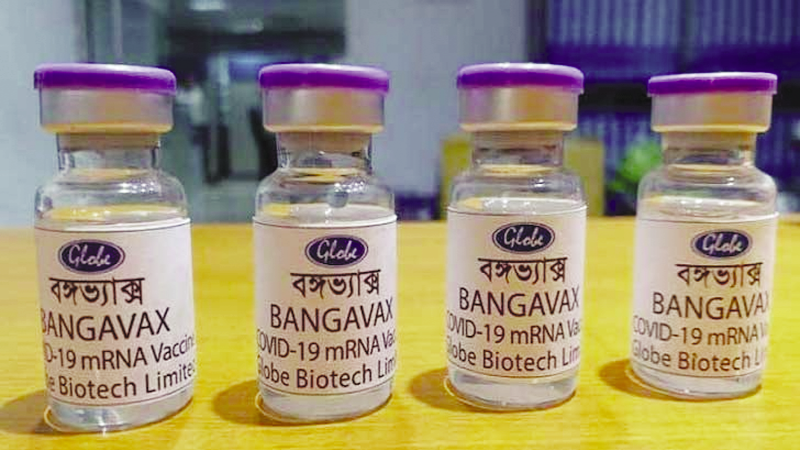 [3] “The BMRC has given us ethical permission to conduct Bangavax trials on humans and now we’ll submit a protocol to Directorate General for Drug Administration for clinical trial,” said Dr Md Mohiuddin, Senior Manager (quality and regulation) of Globe Biotech Ltd.
[4] BMRC director Prof Md Ruhul Amin said, “Globe Biotech is now able to conduct Phase-I trial, fulfilling the conditions set by the BMRC. The company will get clearance for widespread use of the vaccine if Phase-2 and Phase-3 trials are found effective and safe enough.”

[5] Earlier, the vaccine developers responded to all the queries and observations of the BMRC to get nod for Bangavax trials on humans. On July 2 in 2020, Globe Biotech declared that it developed a Covid-19 vaccine. The results of the trials on animals were published on the Bio-Archive on September 29. The pharmaceutical company in September of the same year also announced its plan to launch Bangavax trials on humans after completing Phase-II animal trials.