[1] Blogger Ananta died within half an hour being injured by weapon: Forensic doctor testifies 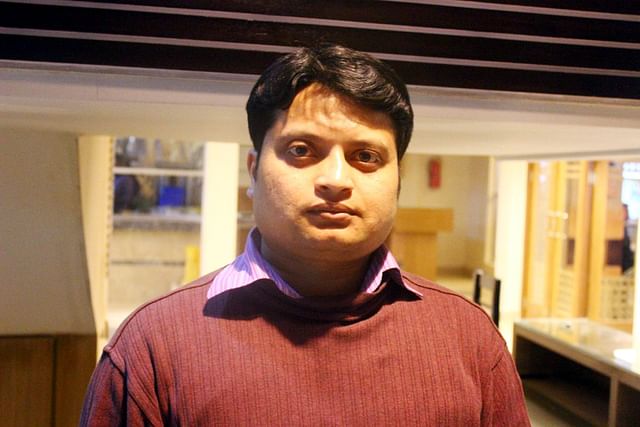 Hossen Sohel for DOT
[2] Shamshul Islam, Chief of Forensic Department of Sylhet MAG Osmani Medical College yesterday said that blogger and science writer Ananta Bijoy Das bore many injury marks and he died within half an hour of being injured, reports Prothom Alo.

[3] Dr Shamshul said this while giving testimony as a witness of the brutal murder at the Anti-Terrorism Special Tribunal. Ananta Bijoy Das was hacked to death in broad daylight in Sylhet by a group of masked assailants in 2015.
[4] Apart from Dr Shamshul Islam, the tribunal also recorded testimony of police constable Russel Ahmed who took the body from the spot to the college morgue.

[5] Dr Shamshul said that Ananta sustained injuries of sharp weapons in the head, neck and other parts of the body. Due to multiple injuries, he died within half an hour,” he said. [6] Secularist writer Ananta Bijoy Das, who was an activist of Sylhet Gonojagoron Moncho, was hacked to death by a group of assailants in broad daylight at Subidbazar Bankalapara in Sylhet city on May 12, 2015.

His elder brother Ratneshwar Das filed the murder case the same day. The case was later transferred to the CID.

Ananta was the editor of the science-based magazine Jukti.

He also received the Mukto-Mona Rationalist Award in 2006. He was the author of several books, including Parthib, 2001 (co-authored with Saikat Chowdhury), Darwin: Ekhush Shatake Prasongikota Ebong Bhabna, Soviet Union-E Bigyan O Biplob: Lisenko Odday, etc. Evolution was one of the central themes of many of his articles.