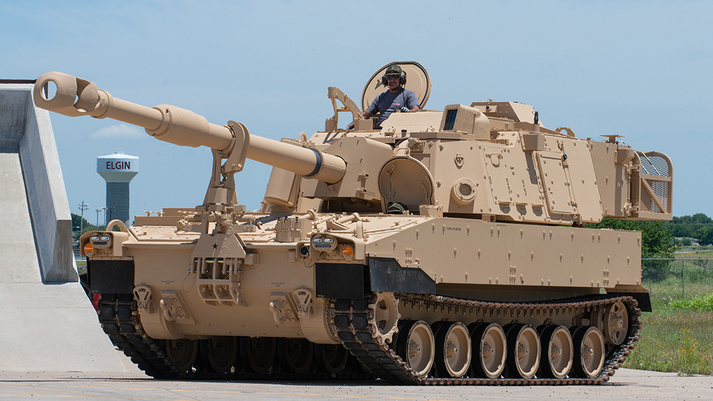 The Standard, UK: [2] The Biden administration has approved its first arms sale to the island democracy of Taiwan, a potential US$750 million deal, amid rising tensions with China, Bloomberg reports.

[3] It calls for selling Taiwan 40 new M109 self-propelled howitzers and almost 1,700 kits to convert projectiles into more precise GPS-guided munitions, according to a State Department notification to Congress on Wednesday.

[4] The proposed sale must go through a congressional review process and then through negotiations between Taiwan and contractor BAE Systems Plc, which is also providing the U.S. Army with the latest version of the howitzer, before a contract is signed and delivery times are hashed out.

[5] Although the new proposed sale isn’t especially large in scope or ambitious in the weaponry provided, it is certain to be denounced by China. China sees Taiwan as part of its territory and hasn’t ruled out the use of force in the pursuit of unification.

President Xi Jinping called his country’s quest to gain control of Taiwan a “historic mission” in a speech marking the 100th anniversary of the Chinese Communist Party.

China’s warplanes made incursions into the southern part of Taiwan’s air defense identification zone on 87 days in 2020 — more than in the previous five years combined — and have surpassed that number already this year.

The proposal “serves as a timely reminder of the close national security partnership between the United States and Taiwan,” as China is now violating Taiwan’s air defense identification zone “on a near-daily basis,” said Rupert J. Hammond-Chambers, president of the U.S.-Taiwan Business Council.

“We also hope to see additional offers from the Biden administration of new capabilities to Taiwan to both help expand its current military posture and to continue improving its multilayered self-defense capacity.”

The proposed A6-model howitzer sale would beef up Taiwan’s aging inventory of earlier-model M109 self-propelled weapons and improve its capability to blunt a Chinese land invasion.