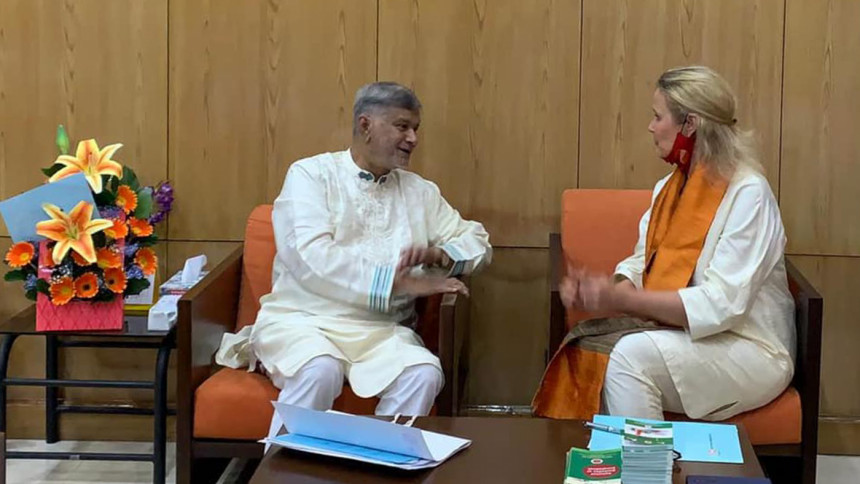 DOT desk: [3] UNFPA Country Representative Dr Asa Torkelsson yesterday, said this during a farewell meeting with Planning Minister MA Mannan at the latter’s office, reports The Daily Star.
[4] She has discharged her duty as UNFPA country representative for the last four and a half years, the minister said while briefing journalists after the Cabinet meeting.

[5] “Dr Asa said Bangladesh has almost 20 times more population than Sweden but the death rate of both countries are almost same,” the minister quoted her as saying.

[6] People of Bangladesh have responded well to vaccination, she said, adding that many citizens of several countries around the world, including even the US, refused to take the vaccines. Bangladesh is an example in economic recovery, Dr Asa said.
Bangladesh’s economy came to a standstill due to the pandemic but now it has gone back to pre-coronavirus condition, she added.