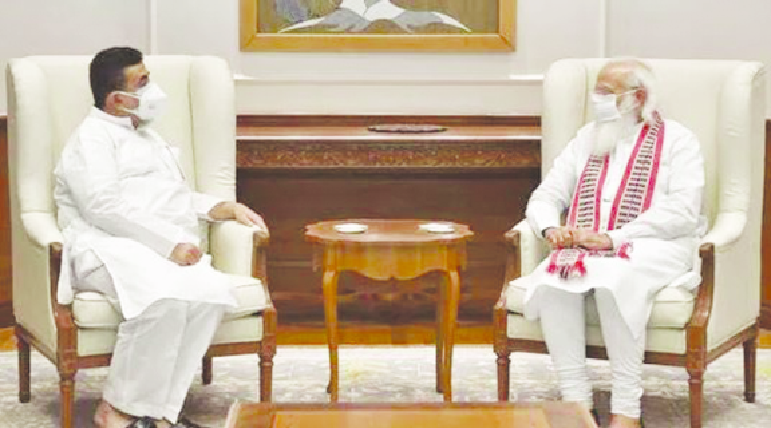 Hindustan Times: [2] Infiltra-tors from Bangladesh and Rohingyas from Myanmar are involved in post-poll violence in Bengal, alleged Bharatiya Janata Party leader Suvendu Adhikari after meeting Prime Minister Narendra Modi in New Delhi on Wednesday. [3] “I told Modi Ji about the atrocities BJP workers are facing in the state. As many as 25 women have been raped. Bangladeshis and Rohingyas are involved in these crimes.

[4] Thousands are homeless. At Ausgram 26 families are hiding in a jungle,” Ghosh, who is the leader of the opposition in the Bengal assembly, told the media in Delhi. [5] He was scheduled to meet Union home minister Amit Shah for the second consecutive day. [6] The BJP has been alleging for a long time that Rohingya refugees were given shelter by the Trinamool Congress government but the ruling party always denied such claims.

Adhikari said he will take part in the state-wide agitation that Bengal BJP president Dilip Ghosh announced on Tuesday after a meeting of state office bearers. “We will meet the President with our petition,” said Adhikari.