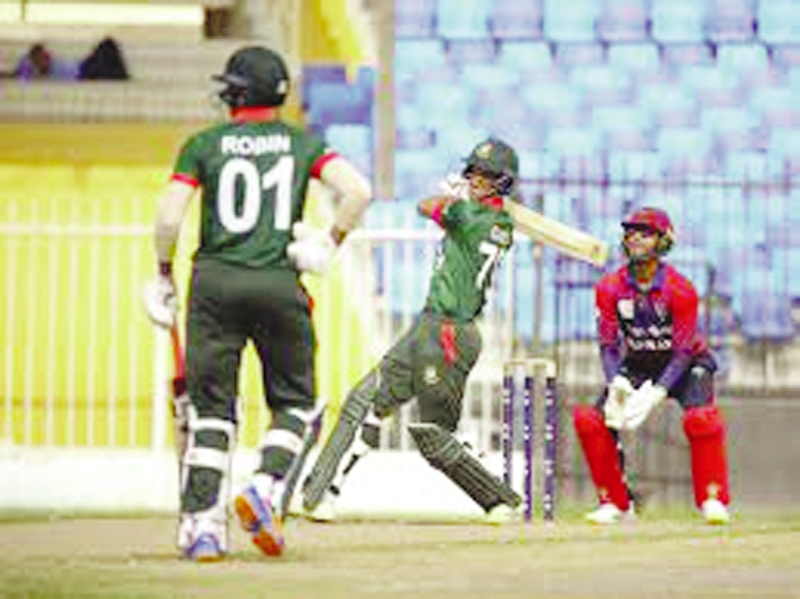 Adnan Jalal for DOT
[2] The Bangladesh-Sri Lanka U-19 Asia Cup match has been canceled due to a positive report of an umpire during the match, reports bdjournal.

[3] Earlier, Bangladesh won the first two matches of the group against Nepal and Kuwait by a huge margin. In the first match, Bangladesh defeated Nepal by 154 runs and Kuwait by 222 runs. On the other hand, Sri Lanka also won their first two matches. The last match became the unwritten quarter final. Whichever team wins will become the group champion and advance to the next round, reports Sarabangla

[4] Even though the match was canceled, there is no effect on Bangladesh reaching the semi-finals. The young Tigers are going to play in the last four as group champions. The semi-final match will be played on December 30 in Sharjah. Opponent India U-19 team, reports Odhikar news