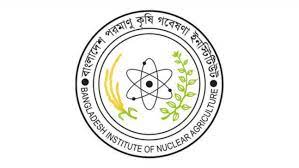 DOT Desk: [2] Bangladesh Institute of Nuclear Agriculture (BINA) has received an award from International Atomic Energy Agency (IAEA) for its outstanding contribution in mutation breeding, reports The Daily Star. [3] The award came in the category of Outstanding Achievement Award, a press release of the Agriculture Ministry said.

Mentionable that IAEA gives the awards in three categories to its member countries for their outstanding contribution to mutation breeding. The awards are given by the IAEA after six or seven years.

This year, among the 173 state members of the IAEA, 11 person/institutions have received the awards in the first category.

Earlier in 2014, BINA Director General Dr Mirza Mofazzal Islam received the award from the IAEA for his contribution to mutation breeding.

BINA DG Mirza Mofazzal said, the scientists have developed 117 kinds of high yielding varieties of 18 different crops so far. They have received different national and international awards in different times for their such contributions.