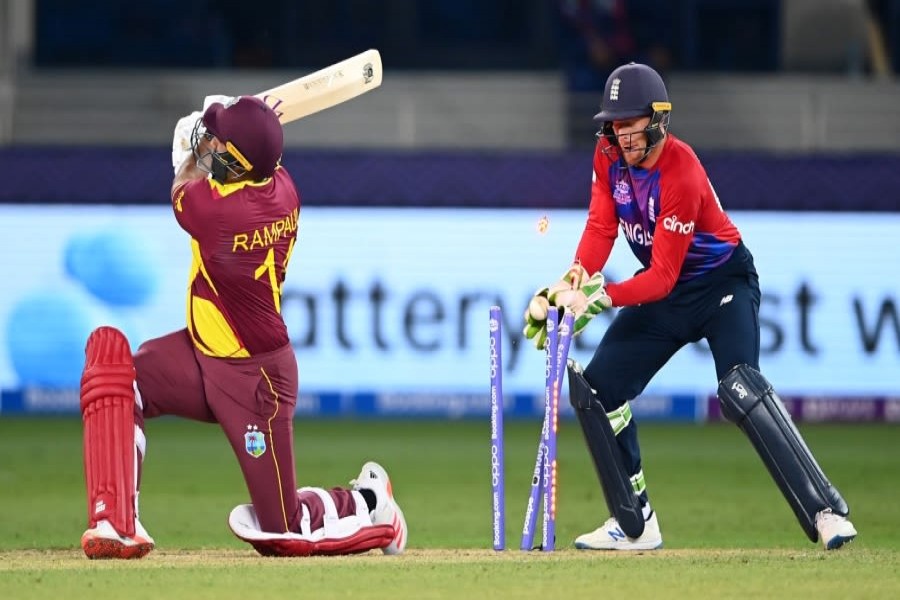 DOT Desk: [2] West Indies and Sri Lanka will both have to play an additional qualifying round to make the Super 12s in next year’s Men’s T20 World Cup in Australia, while Bangladesh and Afghanistan are assured of direct entry, reports Financial Ex-press.

[3] The automatic qualifiers for the Super 12s in 2022 were determined to be the winner and runner-up of the ongoing T20 World Cup, alongside the next six highest-ranked teams. Going into Saturday’s games, six teams – England, Pakistan, India, New Zealand, South Africa and Australia – had already done enough to ensure their ICC T20I rankings were high enough to seal a Super 12s spot next year, according to ESPNcricinfo.

[4] West Indies’ eight-wicket defeat to Australia on Saturday, however, meant that they slipped to 10th in the rankings, while Sri Lanka dropped to ninth.

Benefitting at the two teams’ expense is Bangladesh, who rose to eighth despite losing all their matches in the Super 12s, on the back of recent home-series wins over Australia and New Zealand. Afghanistan, who are currently seventh on the table, will occupy the other automatic spot in the Super 12s, says ESPNcricinfo.