[1] Bangladesh Army to be built as a world-class force: Army Chief 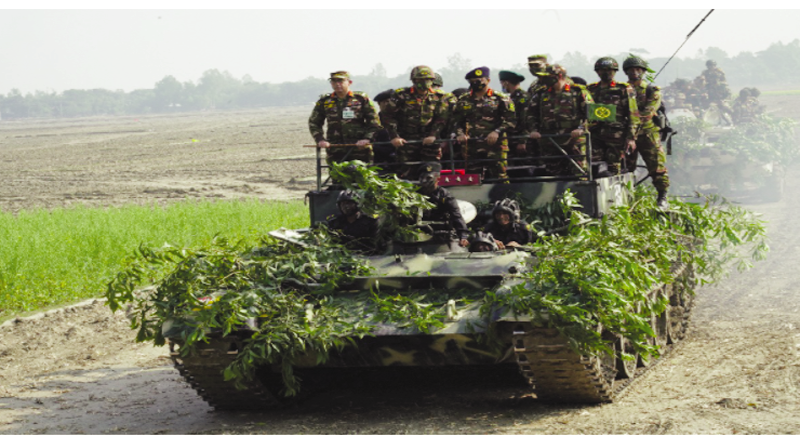 [3] “Apart from the training, Bangladesh Army stands by the people in all possible sectors,” he said while talking to reporters after witnessing the winter exercise of Bangladesh Army in Mymensingh.

[4] The four-week long winter exercise of Bangladesh Army concluded at Chechu Bazar in Muktagachcha upazila of Mymensingh district The 9th Infantry Division of Bangladesh Army conducted the training titled ‘Training Nabodiganta’ successfully. Gen. Shafiuddin witnessed the exercise with other Army personnel. The Army chief also said technology has advanced in the world and uses of technologies in battlefields can be seen now.
“Artificial intelligence has also been taken under cognizance so that we can enrich the force by adding this technology in our future battle plan.”