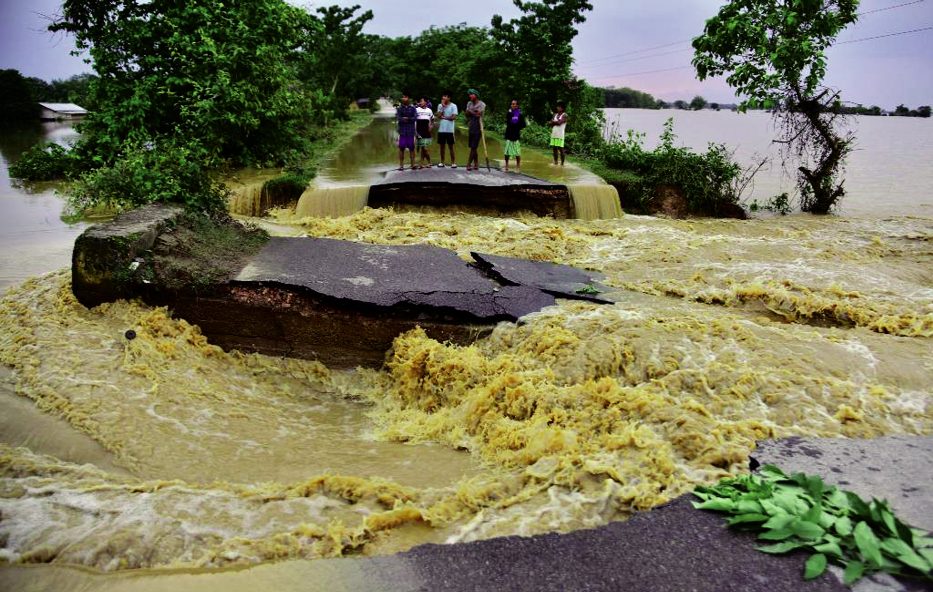 ANI: [2] Fourteen citizens have died and over 700,000 residents have been affected in 29 districts of Assam because of floods caused by incessant rain in the state, according to the Assam State Disaster Management.

[3] The districts of Nagaon, Hojai, Cachar, and Darrang are at high risk, according to the disaster management authority. In the three districts of Cachar, Lakhimpur, and Nagaon, four residents, including two children died by drowning on Friday. The administration has set up 343 relief camps, which are currently housing 86,722 citizens impacted by the flood, NDTV reported.

[4] More than 400 relief distribution centres are operational in the state. The paramilitary force Assam Rifles, National Disaster Response Force, and the Indian Army are carrying out rescue operations in Assam, reported the Times of India.

The Air Force, on Friday, deployed helicopters for the movement of rescue officials to flood-hit areas. They have rescued 21,844 residents who were stranded.