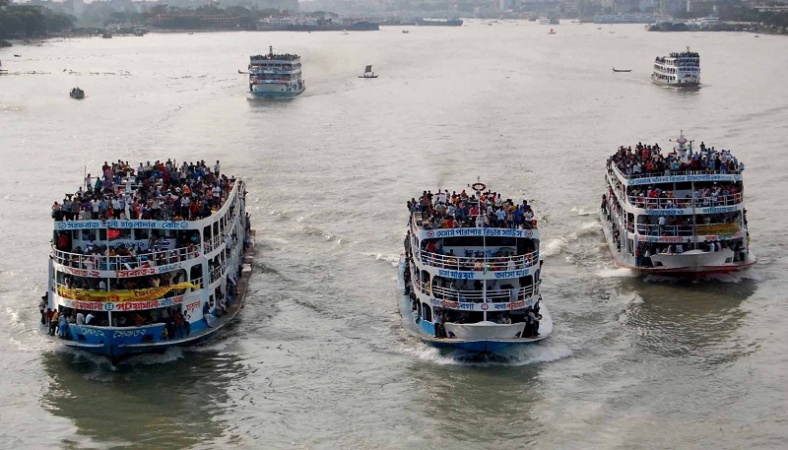 DOT Desk: [3] The ready-made garment workers returned to their workplaces today after the Eid holidays following the government’s approval to allow all export-oriented industries, including the readymade garment sector, to resume production from 1 August amid the prevailing Covid-19 restrictions.

[4] Reportedly, the factory owners expressed satisfaction at the attendance rate of workers which has been over 90% on average on Sunday.

[5] Syed Nazrul Isam, first vice-president of BGMEA, told Business Standard that on average, about 90% of workers have joined the factories in the Chattogram region. [6] Fazlee Shamim Ehsan, CEO of Fatullah Apparels in Narayanganj, said his factory has around 87% worker presence tyesterday, reports TBS.

[7] On the other hand, BIWTA Chairman Commodore Golam Sadeq said that the time period of operating launch has been considered as launches which left Barishal today, supposed to reach Dhaka by today morning, reports Business Post.

[8] However, no launch will be allowed to leave from launch ghats in other districts after 12pm today, according to BIWTA source.