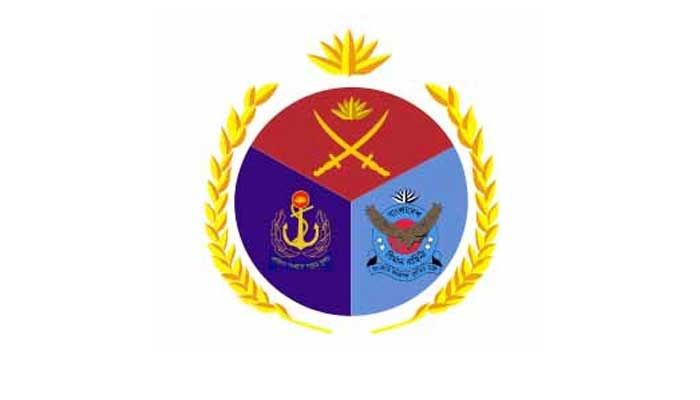 BSS: [2] The Armed Forces Day will be celebrated through various programmes tomorrow amid festivity and enthusiasm, marking the establishment of army, navy and air force during the 1971 Liberation War.

[3] The day’s programme will begin with offering of special prayers after Fajr prayers at all mosques in all the cantonments and naval and air force bases throughout the country on the day, seeking divine blessings for the well-being and prosperity of the nation and progress of the armed forces, said an ISPR press release.

[4] President M Abdul Hamid and Prime Minister Sheikh Hasina issued separate messages on the eve of the day. Marking the day, the President and the Prime Minister will place wreaths at the Shikha Anirban (the Eternal Flame) at Dhaka Cantonment tomorrow morning, paying homage to the martyred armed forces’ members who laid down their lives in the Liberation War in 1971. Later, Army Chief General SM Shafiuddin Ahmed, Navy Chief Admiral M Shaheen Iqbal and Air Force Chief Air Chief Marshal Shaikh Abdul Hannan will place wreaths at the Shikha Anirban on behalf of their respective forces.

On the occasion, chiefs of the three services will pay courtesy call on the President at the Bangabhaban and Prime Minster at Armed Forces Division on the day.

The Prime Minister will accord reception to family members of the Bir Shreshthas and selected number of gallantry award winning 1971 veterans and their families through TVC at Army Multipurpose Complex in Dhaka Cantonment.